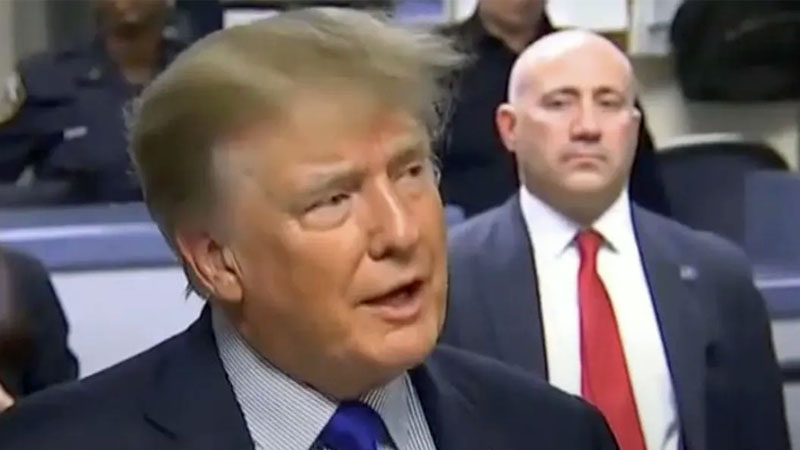 Ron DeSantis (R) intends to sit back and wait for Donald Trump to “punch himself out” in his presidential campaign, according to Politico.

The Florida governor has not launched his candidacy for the Republican presidential nomination, but it is widely assumed that he will. Trump appears to see DeSantis as a potential presidential candidate and has been more critical of his former buddy.

DeSantis will allegedly bide his time and avoid clashes with Trump as he awaits the former president’s hoped-for downfall. Trump’s statement Tuesday that he will run for president again is “fairly irrelevant” to DeSantis, according to a Republican consultant.

According to one political donor, Trump’s announcement was always expected and was “baked into the formula” for DeSantis’ future intentions.

Now, the Republican governor “has the opportunity to spend the next several months governing while Trump has to try and convince people he still has the ability and faculties to govern effectively,” the consultant said.

“DeSantis controls his time frame right now, so it’s almost like he gets to watch Trump punch himself out,” he added. According to Stephen Lawson, a Georgia-based strategist who served as communications director for DeSantis’ 2018 governorship campaign, the “regular ordinary Republican” is ready to support DeSantis over Trump.

Trump comes with a lot of baggage, according to Lawson, including two impeachments, the Jan. 6 insurgency, the confidential White House materials he stowed at Mar-a-Lago, and the GOP midterm results.

For months, Trump and his bulldog operator Roger Stone have been after DeSantis. They both came up with the moniker “Ron DeSanctimonious” for him. They have frequently stated that running against Trump, who believes he was responsible for DeSantis’ first victory, would be a betrayal. DeSantis running would be “treachery,” according to Stone.

Trump even claimed that he “fixed” the 2018 election for DeSantis by directing the FBI and DOJ to stop vote counting before he lost. There is no indication that he did.

DeSantis has typically remained silent in the face of Trump’s attacks.

But when asked about Trump’s comments after his reelection win, DeSantis said at a press conference: “When you’re getting things done, you take incoming fire, that’s just the nature of it. I would tell people to go check out the scoreboard from last Tuesday [election] night.”