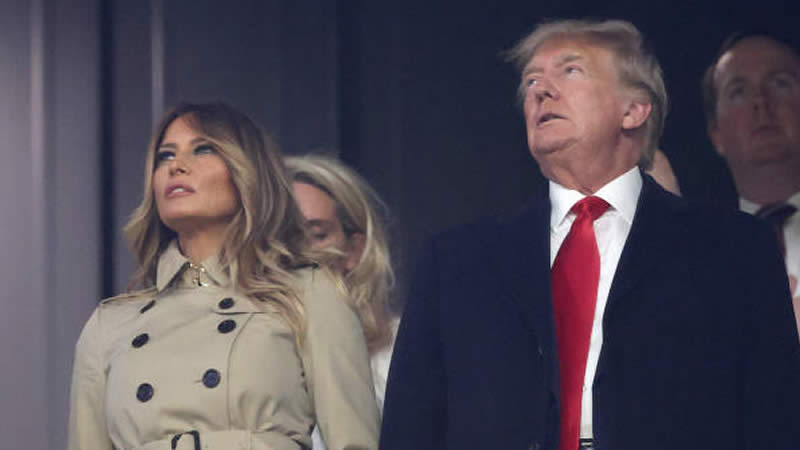 Melania Trump is said to be the source of Donald Trump‘s tense relationship with his daughter Ivanka Trump. According to reports, the former first lady requested that her relationship with Ivanka be ended by her husband.

Melania Trump reportedly ordered her husband, Donald Trump, to cut relations with his daughter, Ivanka Trump, even before the senate hearing on Jan. 6, according to an exclusive report from Radar Online. The “real reason” for the “daddy-daughter fallout,” according to the outlet, is the ex-FLOTUS.

The extent of Ivanka and Donald’s feud was clear during the first primetime hearing of lawmakers probing the Capitol riot, according to Radar. Ivanka claimed she “accepted” former Attorney General Bill Barr’s conclusions that there was no evidence of election fraud that could overturn the 2020 election.

Ivanka father, former President Donald Trump, reportedly gave her a “stinging rebuke” for her testimony. Donald reacted at his daughter for failing to study the election results.

“Ivanka Trump was not involved in looking at, or studying, Election results,” Trump posted on Truth Social after the first hearing while seeking to discredit his daughter. “She had long since checked out and was, in my opinion, only trying to be respectful to Bill Barr and his position as Attorney General (he sucked!).”

“Even before the hearing, Ivanka had been iced by Melania despite living almost around the corner from each other in Florida,” a source told Radar.

According to sources familiar with Donald Trump’s wife and daughter’s dynamic, Melania Trump and Ivanka Trump were both “aware and respectful of one another’s turf” prior to the White House years, CNN reported.

One source told Kate Bennett of CNN that Ivanka’s “perceived incursions into first lady Melania Trump’s lane have led to tension between the women that’s so bad … there is little desire by either to be in the same room.”

Bennett pointed out that Melania and Ivanka had not been seen together in months at the time. Both attended the Republican National Convention in August 2020, but sat on different sides.

In her book Free, Melania: The Unauthorized Biography, Bennett reported on the similar dynamic between Ivanka and Melania and backed up her allegation that it began during Donald Trump’s administration. According to Bennett, Ivanka Trump joined presidential trips and events whenever Melania Trump was not present, leading to speculation that Trump’s daughter was taking over some of Melania’s first lady duties.

Melania Trump described her relationship with Donald Trump’s children in 2016. She treats them as if they were friends.

“I don’t see myself as their mother. I am their friend, and I’m here when they need me,” Melania told Harper’s Bazaar.

Ivanka’s mom, Ivana Trump, also said in one of her previous interviews that her daughter has no issues with Melania.

“She [Ivanka] likes her [Melania] fine, because she didn’t cause me to break up the marriage like the other one—I don’t even want to pronounce her name,” Ivana said while referring to Donald’s second wife Marla Maples.

Do you think Melania and Ivanka’s relationship changed when Donald Trump became president?

Biden, Putin Have Accepted ‘the Principle’ of a Summit to Discuss Ukraine – Elysee