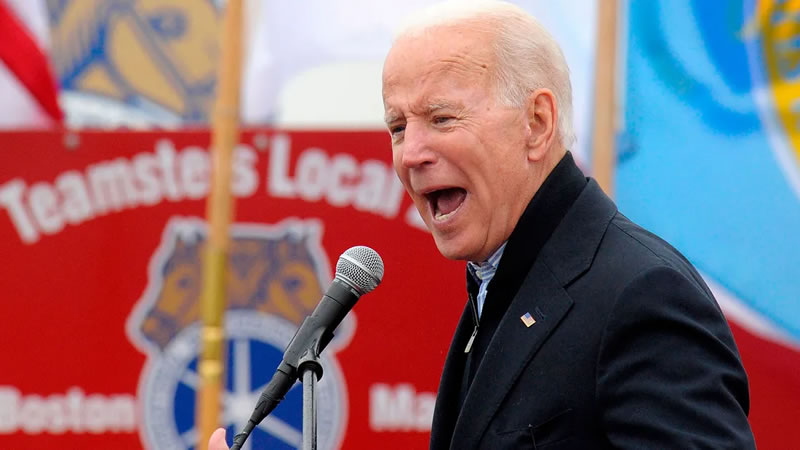 Biden has been under fire to get a voting reform bill through Congress that would require eliminating a procedure called the filibuster, which allows a minority party to kill legislation.

“[T]he United States Senate, designed to be the world’s greatest deliberative body, has been rendered a shell of its former self,” Biden said during a speech in the state of Georgia on Tuesday.

“As an institutionalist, I believe that the threat to our democracy is so grave that we must find a way to pass these voting rights bills, debate them, vote. Let the majority prevail. And if that bare minimum is blocked, we have no option but to change the Senate rules, including getting rid of the filibuster for this.”

Biden further said changing the Senate rules is necessary to protect Democracy and prevent a minority of senators from blocking action in voting rights, including allowing voting rights bills to pass by a simple majority instead of a 60-vote threshold.

“I’ve been having these quiet conversations with members of Congress for the last two months. I’m tired of being quiet,” Biden underscored.

Biden was in Georgia as well to lobby in support of the Freedom to Vote Act and the John Lewis Voting Rights Advancement Act, which would counter some state-level legislation passed last year to restrict mail-in voting and give more power to elected officials over counting ballots.

US Senate Majority Leader Chuck Schumer said earlier this month the Senate will vote to change its filibuster rules by January 17 in order to secure the passage of new voting rights legislation.

Republicans have criticized the proposed bills as an attempt by Democrats to federalize elections in the United States and significantly ensure their chances to win elections.

The woman wanted to die before her illness killed her. She finally got her to wish

Trump confesses he put pressure on Attorney General Bill Barr to take the fall for his coup: ‘You have to get impeached, maybe’

Who is eligible for Biden’s student loan forgiveness program: Details