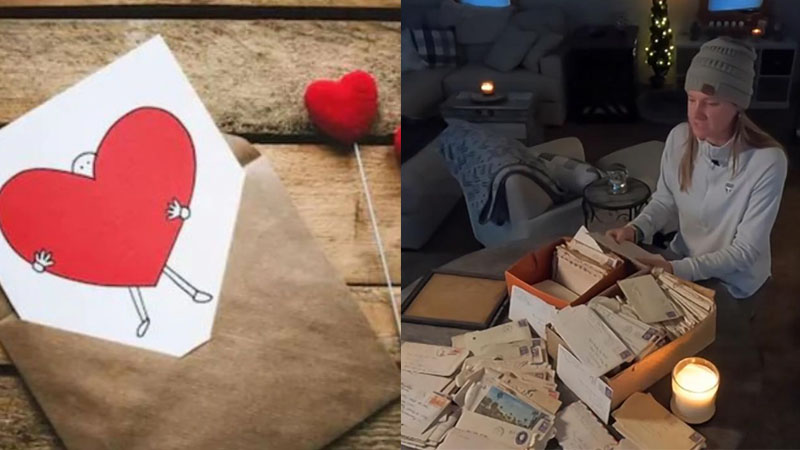 While cleaning her attic, a woman discovered two boxes. She discovered hundreds of love notes written to Betty Sue when she opened it.

Imagine you’ve been living in a house for a long time and one day you uncover something unusual? While cleaning an attic, Anna Elizabeth Prillaman of Virginia, United States, uncovered two boxes.

When Anna opened it, she discovered what appeared to be hundreds of letters written to Betty Sue, the same woman. She posted a photo of her find on Facebook, stating that the letters were written in 1955.

As per Mail online, Anna used the internet to hunt out Betty Sue and Vance, the people who had written these letters. She expressed her desire to find the lovers in a Facebook post.

“Neat find today as I cleaned a random attic of my closet I’d never sifted thru. Two boxes of letters from a navy guy to a woman who must have lived here when it was first built as the address changed to mine halfway through one of the boxes.

Who knows if they ended up together but it’s darn near 200 letters, so I’d hope so for ole dude’s sake. Even if the two writing one another is no longer with us, I’d love to find the family to pass them on to. I know I’d cherish these if these were my grandparent’s correspondence. DM me if you know a Betty Sue McGhee (the maiden name I’m sure) or a navy guy with the last name Broyles. letters are written in and around 1955,” Anna wrote in her post.

Well, it appears that the internet has become the solution to many of our problems these days because Anna received a response quickly. Dalton Long, a young man, confirmed that he knew the couple because they were his grandparents.

Speaking to WTVR-TV, Anna said, “There are no SMHs, OMGs, or LOLs. It’s full sentences. Grammatically correct sentences. Isn’t that funny how that works?”

“Hi Honey. How is my Baby getting along? When we’re not together, I know just the right words that I would use in telling you everything. But when we’re together all I can think of is ‘I love you.’ Vance,” one of the letters read.