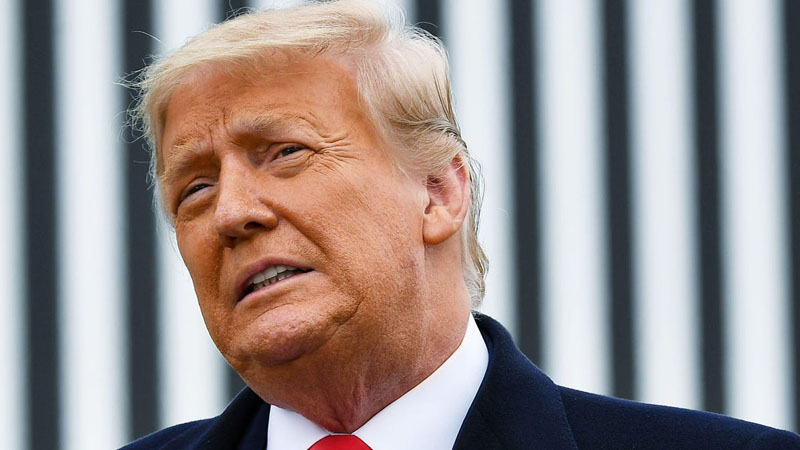 Donald Trump tried to pay his attorney with a horse. That is the tweet.

The Guardian got an advance copy of “Servants of the Damned: Giant Law Firms, Donald Trump and the Corruption of Justice” by New York Times reporter David Enrich, which contains a hilarious anecdote of the famously tightfisted client trying to settle accounts by giving his lawyer the deed to a racehorse.

Describing “a lawyer at a white-shoe firm” who worked for Trump in the 1990s, Enrich writes: “The bill came to about $2m and Trump refused to pay.

“After a while, the lawyer lost patience, and he showed up, unannounced, at Trump Tower. Someone sent him up to Trump’s office. Trump was initially pleased to see him – he didn’t betray any sense of sheepishness – but the lawyer was steaming.

“‘I’m incredibly disappointed,’ he scolded Trump. ‘There’s no reason you haven’t paid us.’

“Trump made some apologetic noises. Then he said: ‘I’m not going to pay your bill. I’m going to give you something more valuable.’ What on earth is he talking about? the lawyer wondered. ‘I have a stallion,’ Trump continued. ‘It’s worth $5m.’ Trump rummaged around in a filing cabinet and pulled out what he said was a deed to a horse. He handed it to the lawyer.”

Enrich describes the lawyer’s a stunned and angry response, in which he threatened to sue.

Trump, Enrich writes, “eventually coughed up at least a portion of what he owed”.

As it is written, so shall it be.

Even though Trump now has unlimited GriftBux available through the Republican National Committee and several PACs to pay his attorneys, sometimes he still stiffs his lawyers just for the hell of it. Like when Trump refused to pay Rudy Giuliani more or less on principle. The Guardian outlines another telling episode from an upcoming book on America’s Erstwhile Mayor, Giuliani: The Rise and Tragic Fall of America’s Mayor, by author Andrew Kurtzman.

In January 2021, according to Kurtzman, Giuliani’s partner and aide Maria Ryan sent a letter to Trump asking for $2.5 million for “defending you during the Russia hoax investigation and then the impeachment,” a “general pardon,” and the Presidential Medal of Freedom.

None of the above was forthcoming, with Trump declaring that Giuliani would be “paid on the come,” using a gambling allusion to the game of craps to indicate that the lawyer was SOL unless he could find a way to keep Trump in power for another term.

As per Abovethelaw, it is therefore not unexpected that the list of Trump’s numerous attorneys, which Politico published this morning, is primarily made up of weirdos who spend their time watching Newsmax and Fox and spewing out absurd lies about federal law and procedure. However, if you’ve managed to fill the bench with supporters of the Federalist Society, sometimes nonsensical word vomit is good enough to get you what you want anyway.

Whoopi Goldberg Slams Fans of ‘House of the Dragon’ and ‘Rings of Power’ for Motivated Criticisms: ‘Get a Job

Trump refuses to answer questions in New York attorney general investigation: “I declined to answer the questions under the rights”

Searing testimony increases odds of charges against Trump: “he asked for money to fight election fraud”