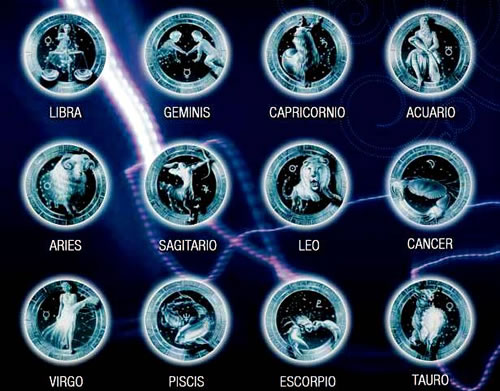 After last week’s solar eclipse in your income sector and with Mars, warrior planet of the cosmos taking the lead this week, with back up from a smart head for money and a clearer sense of what you’re fighting for, professional forces by default will be coming along for the ride. However, they’ll be doing more than catching a free ride, with professional tension not only kicking in this week but the kind of tension that is likely to motivate you, evoking your fighting spirit. Pluto, in retrograde motion in your business sector, is coming under pressure from two different directions this week, bringing timely reminders of a need for the right work/life balance, but also making sure that you’re not asleep at the wheel, that the process of evolution continues and you’re not on autopilot.

The message from the money gods this week is, it’s okay to take your professional hat off as they have it covered. With no planetary activity in either of your professional houses and no lunar activity this week either, this was already scheduled to be a low key week, giving you a chance to process the Moon’s visit to your business sector last week and clear the slate ahead of the Moon’s return to your work sector next week. Yet while things may be taking a backseat on the professional front this week income forces are going to seize the moment, with Venus’ first week in your income sector and Mercury’s on Thursday making this a week for keeping your money hat on, focused more on establishing where the money is. With your professional intentions banked there is no need to over play things.

At the same time that work tension is not only easing, but you’re able to get a better read on how you need to pace yourself for the long haul, you’re also likely to be gaining a clearer sense of your overall professional objectives. Neptune, in your business sector now until 2026 and Saturn, in your work sector until 2015, are gradually moving back towards an alliance they formed last year and as they do you’re likely to find that work tension is slowly starting to transform into a new sense of professional confidence and resolve. The biggest wakeup call of recent weeks is likely to have been about where you’ve overdoing things, with an all or nothing work focus not sitting well with the wind down of your solar year and the need for soul searching and time to hear yourself think.

This is the point where your professional year should be on track and you should be at a point where you’re able to engage autopilot. After an active phase that saw the Sun, Mars, Venus and finally Mercury all move through your business sector ended early in the month and after the Moon’s visit last week gave you a chance to tie up loose ends and with no planetary activity in your work sector until later in the year, if there was a danger now it should be falling asleep at the wheel. Yet that is not how it’s going to feel this week, for chances are you’re not only still on alert, but there’ll be a mix of anticipation and pressure keeping you on your toes. This isn’t the kind of pressure you had in the past but the kind that forces you to play your A game, keeping you in the zone.

As Mars crosses the South Node in your business sector on Monday gives you a chance to draw a firm line in the sand, cement your bottom lines and decide what you’re fighting for. With Venus having left your business sector late last week, though not before banking your professional desires and expectations, Mercury leaving on Friday, the Sun early next week and Mars at the end of the month, it’s time to start wrapping things up. It was the push from last week’s solar eclipse that has now got everything out in the open, providing the tailwind that makes it clear which way the currents are moving. Once Mars leaves he won’t be back until 2015, with a need to move into the new week with your professional passions and fighting spirit engaged, ready to put everything you have into everything you do.

Moving into the new week with the Moon in your business sector is advantage enough, especially as an alignment with lucky Jupiter on Monday is likely to trigger some lucky hunches, but even more so when this is also Venus’ first week here and she’s returned to bring things home. After Venus’ 4 month visit to your business sector last year and the professional desires and expectations this created got this current yearlong Jupiter chapter off the ground, her return this year is a short 25 day visit aimed at beginning the process of closing the circle and bringing things home. Mercury’s return to your business sector on Thursday puts him together with lucky Jupiter for the first time here in 12 years, giving you the intellectual savvy to start working on your game plan and play your A game.

Since Mars’ return to your work sector on the 12th March things have been fairly hectic on the work front, especially with the Sun, Venus and finally Mercury having all followed him through. Yet after Mercury’s departure early in the month and the Moon’s first visit since this planetary push ended having given you a chance to tie up loose ends, this should be a week for stepping back and letting things settle. With Uranus in your work sector until 2019 things will never go completely off the boil, but on his own and an active push over, you should at least have a chance to rest on your laurels. However, that’s not going to be the case for Uranus is coming under pressure from Pluto. This isn’t enough to create work tension but it is enough to keep you motivated and on your toes.

Something has shifted since last Friday’s solar eclipse in your work sector, which not only got everything out in the open but left you with a clear sense of what you do and don’t want on the work front and began the process of turning work pressure into motivation. As you move into the new week Mars is crossing the South Node in your work sector, the point where you’re able to identify your bottom lines. With Mercury leaving your work sector on Thursday and the Sun early next week, but Mars not leaving until the end of the month the warrior planet of the cosmos will bring things home. While Mercury’s final days gives you a chance to work smarter and develop a game plan, Mars is encouraging you to come out of your corner fighting, putting everything you have into everything you do.

Moving into the new week with the Moon in your work sector will always be an advantage, ensuring that you have your finger on the pulse and your ear to the ground from the get go, giving you an edge from the get go that you’ll retain all week. Even the Moon’s alignment with Jupiter on Monday, just hours before leaving, will provide some lucky hunches. Yet the real advantage is the timing, for when the Moon returned to your work sector on Saturday Venus was spending her first full day here, returning to help Jupiter bring things home. By the time Mercury returns to your work sector on Thursday, teaming up with lucky Jupiter for the first time here in 12 years, you’ll have the intellectual savvy needed to work on a game plan and to start bring any advantage home.

Monday is likely to see a real line in the sand being drawn, for this not only marks the point where the last of the discord between home and business forces starts to ease back, allowing you to draw some mutually beneficial lines in the sand, but the Moon’s return to your work sector starts to draw your attention to new opportunities opening up. While lucky Jupiter won’t return to your work sector until later next month, with Mercury returning at the end of this month and Venus just a few days later, in the early days of June, as the Moon’s last visit before then this will bring a call to start paying attention. This also gives you a chance to touch base with the force already working behind the scenes, helping to define priorities on the work front and uncover your true sense of purpose.

With a lunar eclipse in your business sector next week and the Moon’s return to your work sector on Thursday likely to reveal that something is about to shift, things aren’t as quiet as you thought. With no planetary activity in either of your professional houses, as is normally the case at this time of year, next week’s lunar eclipse was always going to be a lightning rod for professional opportunities and developments building behind the scenes. It’s the Moon’s return to your work sector on Thursday that will bring the biggest surprise, for it will be your first chance to pick up income work developments on your radar, suggesting they’re a lot closer than their normal July arrival and also bigger. Until then it’s more about listening to the clues, hunches and insights the Moon triggers. – Astrolis