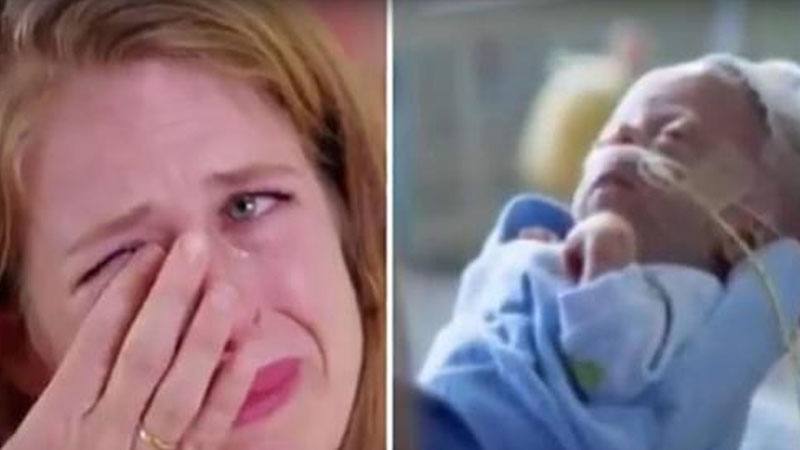 Losing a child has to be one of the most difficult things a parent can go through. Children not only bring joy to our lives, but they also become extensions of us, becoming so much a part of us that it is impossible to imagine life without them. Having said that, the mere thought of losing a child can be traumatic.

Katie and Josh Butler, like most couples, had hoped to start a family of their own, so when they found out Katie was pregnant, they were overjoyed. They quickly started thinking about their future with a new baby.

However, when Katie was 20 weeks pregnant, the couple received some shocking news. The technician noticed that the baby was not growing normally during an ultrasound. Doctors looked into the issue and, while they had a long list of possible diagnoses, they were unable to pinpoint the exact cause.

In contrast to her ideal pregnancy, Katie ended up having to visit the hospital every week so doctors could monitor the baby. When baby Dewey arrived, doctors were ready to treat him right away. They immediately took him to the NICU at Vanderbilt’s Monroe Carell Jr. Children’s Hospital in Nashville, where he stayed for several weeks. Dewey needed to be fitted with a feeding tube when he was only 132 days old, and while undergoing routine surgery, he passed away, as his little heart wasn’t strong enough to survive the procedure.

The Nashville, Tennessee couple was devastated, and they were prepared to begin grieving the loss of their newborn. “I felt so guilty for thinking of this but there was also a sense of relief, he was finally healed and I know I’ll see him again,” said Katie.

The couple began healing with God’s help, and then a miracle occurred. A nurse called and informed them that there was a baby on the 5th floor of the hospital in desperate need of a mother and father. Brax, a baby boy, was born prematurely at 27 weeks and had never left the hospital even though he was 11 months old. He had chronic respiratory failure, and pulmonary hypertension, and was trach-vent dependent, but his health, unlike Dewey’s, had a chance to improve with age.

“I had been praying that I wanted another baby. I had tasted for the first time what it is to be a mother,” said Katie, who didn’t think twice about adopting Brax. The couple was propelled by their faith and knew that God led them to this little boy while they were in their darkest hour after losing baby Dewey.

“Once we brought him home, his health started to improve,” said Katie. He still needs oxygen but his movement and feeding have improved so much. He knows us and he smiles at us and can identify us. Our family has really taken to him. We have all this love because of Dewey and want to pour this love into Brax.”

Ricky Martin sues nephew for harassing and accusing him of incest

Proposal for Bonus Stimulus Checks in Navajo State in 2022