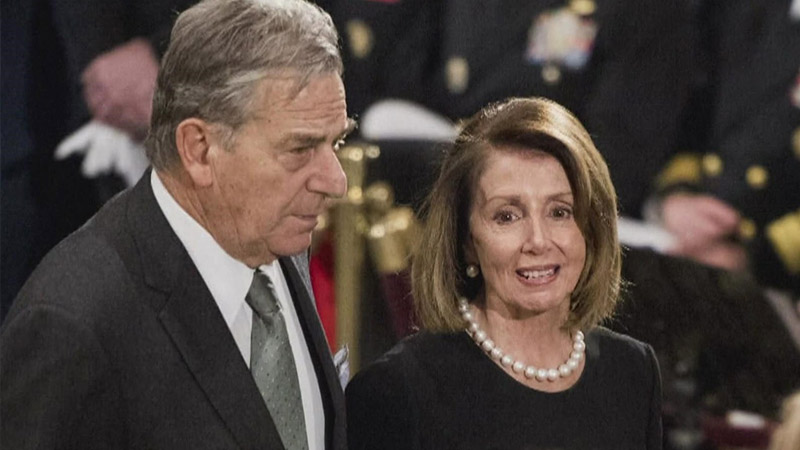 The speaker was clearly the target of Friday’s attack. As he tried to tie up Paul Pelosi, the assailant broke into the house and yelled, “Where is Nancy?” echoing the chant paramilitaries used when they breached the US Capitol on January 6 and said he would wait “until Nancy got home.” After being bludgeoned with a hammer, the speaker’s husband suffered a skull fracture and serious injuries to his right arm and hands that required surgery.

Even before she was elected speaker, Republicans in the party and those affiliated with it demonized Pelosi, regularly featuring her in attack ads and lambasting her on Fox News. At least one of her House colleagues, Rep. Marjorie Taylor Greene (R-GA), has openly expressed support for violence against her. Members of right-wing militia groups such as the Oathkeepers and the Three Percenters have also plotted her death.

The attacker’s motivations have not been revealed by police, but his Facebook posts on conspiracy theories surrounding Covid-19 vaccines, the 2020 election, and the January 6 attack provide insight into his radicalization. Other blog posts under his name included rants against minorities, politicians, women, and rich elites, as well as information about QAnon, the false pro-Trump conspiracy theory that a cabal of Satan-worshipping pedophiles, including prominent Democrats like Pelosi, is in charge of the world.

Republicans have vilified Pelosi since she first assumed Democratic leadership.

Within days of her election as House Minority Leader in 2003, she faced gendered attacks from Republicans who were, as Mark Z. Barabak of the Los Angeles Times put it at the time: “eager to attack Pelosi as a loopy San Francisco liberal and exploit her city’s reputation as the odd-sock drawer of America.

Within days, her face — garish and twisted — showed up in an attack ad slamming the Democrat in a Louisiana House race. (He won anyway.) She surfaced as Miss America, complete with tiara, in a spoof on Rush Limbaugh’s Web site.”