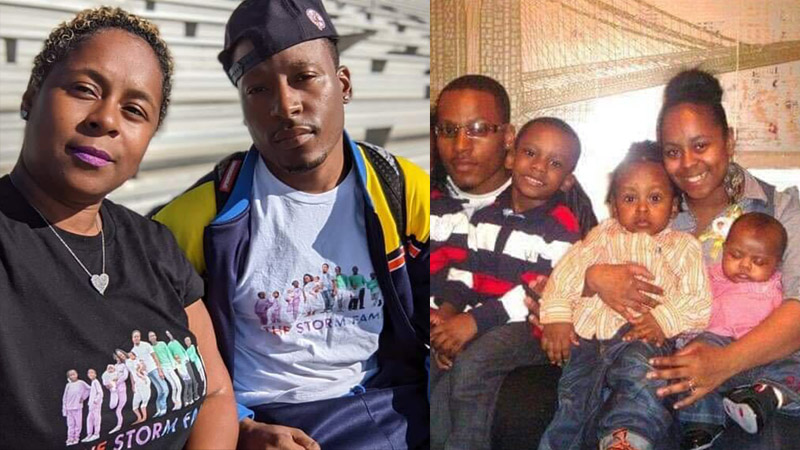 While most mothers adore their children, not all of them adore the physical experience of pregnancy.

That is clearly not the case for Iris Purnell, 38, who has spent the past two decades pregnant with her 12 children for 16 years — and if she had her way, she would have even more children.

“I feel like children are a blessing,” she told Fox News Digital in a phone interview.

Nearly a year later, she met her husband, Cordell “Storm” Purnell, who was also a father of one.

After meeting at a New York City party, the two bonded over their love of battle dancing.

“We got together, got to know each other,” said Cordell Purnell.

“We got married and had our first son together shortly after. So, we had three children at the start of our marriage,” he said.

The couple moved to Los Angeles from East New York and Bed-Stuy, Brooklyn. They stated that they had not meant to have a big family.

“I found a new life and a new meaning of purpose.”

Cordell continued to pursue work as a professional dancer under his stage name, Storm, while Iris took a pause from the choreography work she dearly loved.

“I was trying to find life at that time because I never wanted to be a stay-at-home mom. That wasn’t what I wanted to do,” she said.

“So, it was a struggle for me mentally because I didn’t know how to articulate that I wasn’t happy.”

Iris Purnell’s yearning led her to seek God by the time the couple’s daughter was born in 2006.

“At that time, I had been going to church and decided to get saved,” Iris Purnell said.

“I found a new life and a new meaning of purpose.”

In total, the Purnells have welcomed seven sons and five daughters.

The scriptures they read together, such as Psalms 127:3-5, reaffirm her beliefs.

“Behold, children are a heritage from the Lord, the fruit of the womb a reward.”

“We’re intentional about this walk with God,” she said.

“It has done wonders for our marriage, as far as us coming together, communicating and being patient with one another.”

Details about New Omicron COVID boosters: How to get the shot, who is eligible, where can you get vaccinated?

Ala. Woman Who Joined ISIS Stuck in Refugee Camp After SCOTUS Refuses Case