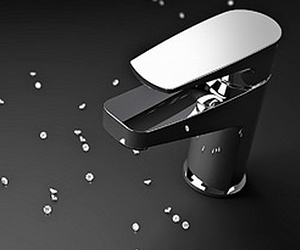 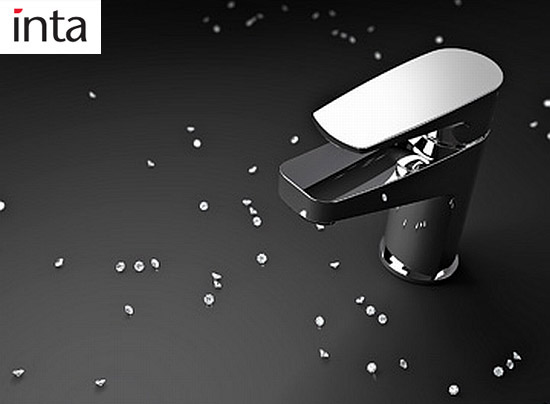 We had gone bonkers for the Year of the dragon, but the story doesn’t end here when it comes to the year 2012. After the hoopla regarding the mythical Chinese animal and the special year has been rubbed in, the British royalty have a lot coming for them, especially in the segment of premium alcohol. We had earlier shown you the Johnnie Walker diamond Jubilee and the Diageo Queen’s coronation edition whiskies to mark the special year. Now, in the space of home decor, and more specifically, bathroom decor, Inta has created a diamond studded faucet to celebrate the Queen Elizabeth 60 years on the throne of the British Empire. This also coincides with the 10 years of operations for the company, after which they ended up creating a tap, which might be the most luxurious in the world today.

Cynthia Fisher, who has been the brain behind this bejeweled bathroom fitting, has left no stone unturned to make this one truly special. In the ornamentation and blinging of the faucet, there have been 10 heirloom quality 10-carat diamonds which sit at the center of the fitting. Along the sides there are 50 quarter carat diamonds, which gives the whole set a shimmering and truly royal appearance. This is something that could definitely make it to the next shopping list of Her Majesty, and perhaps even some of the fashionistas who are known to flash their cash around. But as the folks from company are putting it, this faucet will only be befitting for those who have a taste for something this extravagant, and yet very classically aesthetic. Obviously with a price tag of $47,600 its not even targeted at the millionaires.

For those developing an interest into this segment, do take a look at Nilo Gioacchini Oz collection that featured a numbered of precious bathroom fittings. We have also shown whole extensive varieties on luxury bathroom fittings for bling lovers. After all of this has been done, it drives us to the conclusion that the bathroom space isn’t what it used to be; its now an equally important aspect of a luxurious lifestyle. – Bornrich

Sport for Mind and Body

Most Expensive Actor Actresses of 2011

The World’s Most Expensive Foosball Table