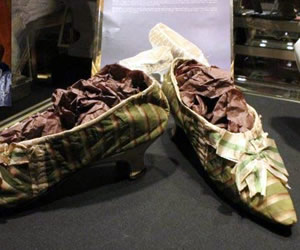 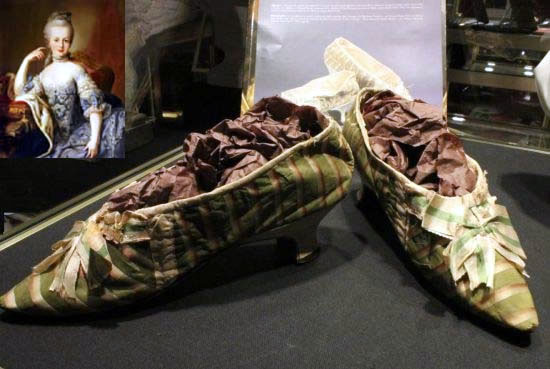 Born as archduchess of Austria, Marie Antoinette, the Dauphine of France from 1770 to 1774 and Queen of France and Navarre from 1774 to 1792, is historically known for help provoking the popular unrest leading to the French Revolution and to the overthrow of the monarchy in August 1792, in part of her famous quote addressing starving French populace, ‘Let them eat cake’. And, following the French revolution, she was convicted to treason and executed by a guillotine in France on October 16th 1793. Now, on the anniversary of the 18th Century French queen Marie Antoinette’s execution, a pair of green-and-pink slippers have been auctioned for $65,570, to become one of the world’s most expensive shoes. However, we have also earlier seen that the silk shoes of this last queen of pre-Revolutionary France garnered a price of $57,000 at the French Revolution era artefacts in Toulon, France. 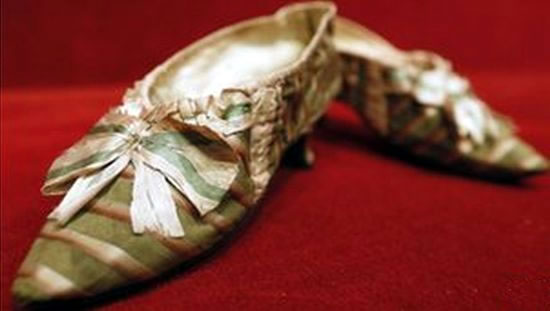 Flooded with bids around the world, the Parisian auction house Druot which had expected ‘Madame Deficit’ Marie Antoinette’s green-and-silk shoes to fetch a price of $13,110, actually ended up auctioning it for five times higher price. Additionally, some of the other artefacts belonging to the France’s 18th Century monarch on sale included rare portraits and a dinner set once owned by Marie Antoinette’s husband, the King Louis XVI. – Bornrich

Our pick of Exclusive Watches from the Circle of Time Event

The World’s Most Expensive Popcorn