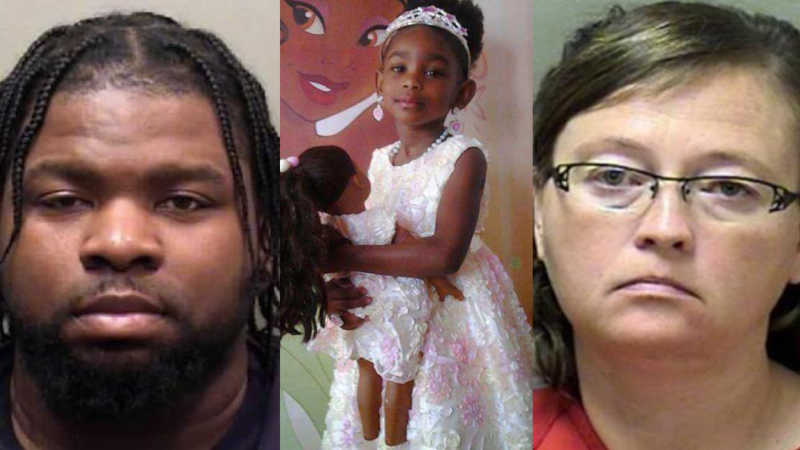 On September 12, an Ohio mother allegedly stabbed her boyfriend after finding him naked on top of her 12-year-old daughter.

The unidentified woman allegedly stabbed the 31-year-old man six times with a knife, primarily on his chest and once behind his head, according to Cleveland.com.

During the attack, he was hospitalized, and the mother and daughter both suffered hand lacerations.

“In a fit of rage, (she) grabbed her pocket knife and attacked him,” a report says.

She called the police after stabbing the man and explained that she had stabbed him for inappropriately touching her daughter.

According to Atlanta News Media, the man later told police that his girlfriend stabbed him because she suspected the 12-year-old was in love with him.

Meanwhile, the 12-year-old told authorities the naked man touched her under her clothes, telling her, “This is what it is like in the real world when you have a boyfriend,” before sexually assaulting her.

Police have not filed any charges yet.

Social media users are already urging authorities not to punish the mother.

“I Hope they don’t file charges against her because if I were her I probably would have done the same thing!!” wrote one person on KTLA 5’s Facebook post about the situation. “These men are SICK!!!!”

“Good!!!” added another. “As a mother and grandmother, I give props to this mom for protecting her kid! She went all mama bear and did her job. She better not get charged with any wrongdoing for stepping up to protect her child. Go, mom! I hope that Bast^^^^ bled out!”

“There shouldn’t be any charges filed against the mom,” chimed in a third. “As far as that sick sob…. prosecute to the max and put him in the general population, the prisoners will take care of him.”

“She def did the right thing protecting her daughter!” agreed a fourth. “And I swear she better not get charged either! Too many women let things like this happen cause they’re too afraid to lose their bf but kudos to her for taking action!”

While most supported the mother, a few believe she deserves to be punished.

“Ok I totally understand the mother’s rage but two wrongs don’t make a right,” wrote one person. “At the very least she should be charged with assault with a deadly weapon. Sorry. But you don’t get to defend a crime with another crime.”

Drake Responds after being grilled about His Private Plane’s Flight: “Nobody takes that flight”