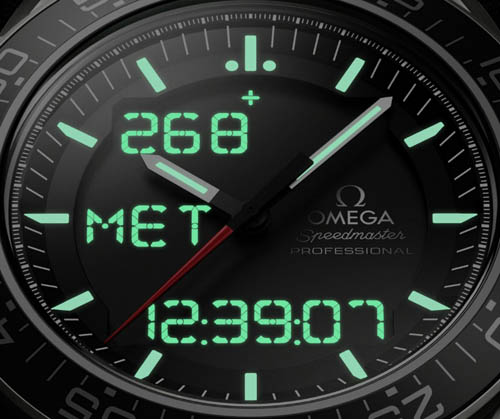 Omega X-33 watch lovers will rejoice to know that for 2014, Omega is releasing a brand new version of the X-33 called the Speedmaster Skywalker X-33. You can now insert relevant Luke Skywalker and other related Star Wars references. 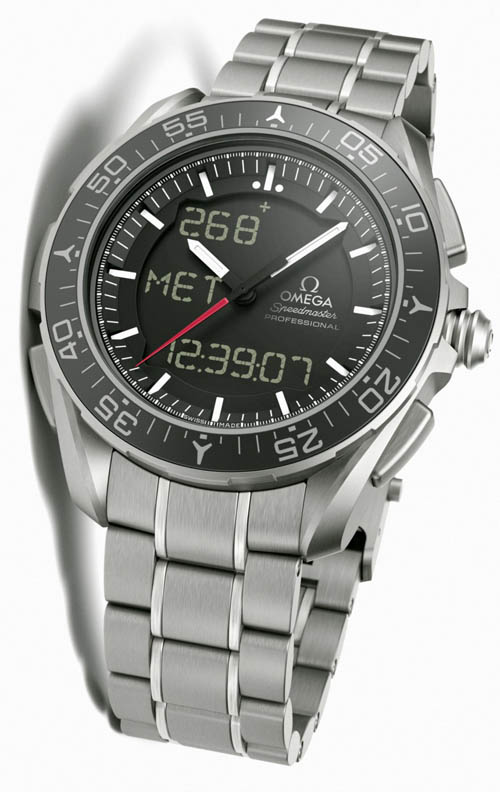 This is an interesting move as just two years ago in 2012 Omega released what was supposed to be the modern X-33 with the Speed master Z-33 (reviewed here). Nevertheless, the cult favorite X-33 is back with a new and updated model. Omega’s CEO quietly admitted to us that it was probably not the best idea to give the Z-33–which was technically great–the historic Flightmaster-style case. So while the Z-33 isn’t going away (at least for now), the essence of the X-33 is back with the Speed master Sky walker. 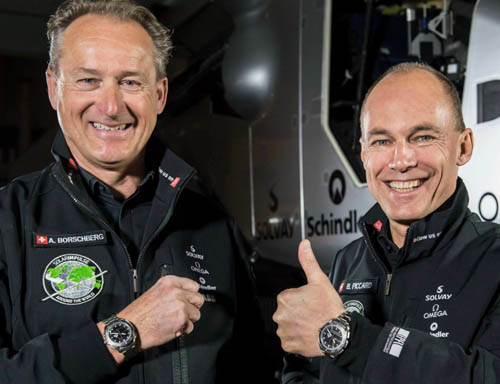 This was a very quiet release, so more information will come in the future for sure. Further, we are excited to see that Omega watch is focused on this more niche high-end quartz community, and more importantly the needs and desires of today’s astronauts, who are going to be the focused professional user of the Sky walker X-33 timepieces. At 45mm, the Speed master Sky walker X-33 is a bit larger than the original models that first came out in the 1990s (more on the original Omega X-33 by our friends at Fraternal here). Of course the case is in solid titanium and the style is not only very closely related to the original X-33, but also of the Speed master range as well. The Z-33 was technically a Speed master, but really didn’t look like one.

Around the X-33 dial is a rotating bezel with a ceramic insert, and the dial design is a mixture of the classic Speed master Professional and the Z-33. The real departure here from the original X-33 is the use of a horizontal line, versus circular line LCD screen. Of course the screen can be turned off for a more traditional dial style with just analog hands. The movement is produced by ETA exclusively for Omega and I believe will be therm-compensated, even though we aren’t sure yet. Analog/digital in format, the movement will have four pushers on the case in addition to the crown to operate–just like the Z-33. 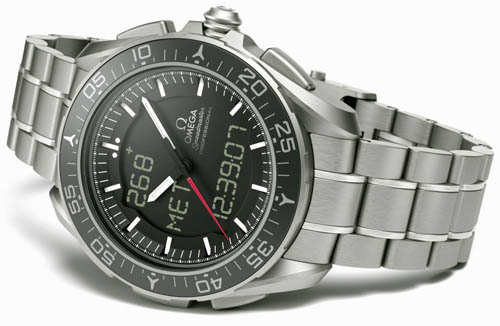 Features will again be focused on the needs of astronauts and include multiple timezones (three of them), three alarms, chronograph, countdown timer, mission timers such as mission elapsed time (MET) and phase elapsed time (PET), as well as a back light. Personally, I am rather excited by this because I’ve been waiting for a new X-33 for years. Omega has a need to work with current astronauts as well as historic ones to retain its image as the “space watch,” and this is a way to do it. Omega claims that the watch will be certified by NASA to be used in their space missions in the near future, and that the Sky walker X-33 has already been approved by the ESA (European Space Agency) for use in space and on the ISS. 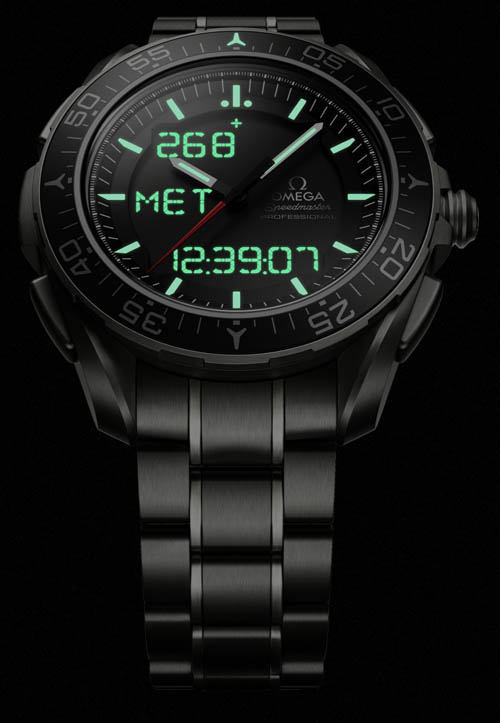 Further, Omega is said to have worked with astronaut Jean-Francois Clervoy on the design of this watch. We look forward to offering a hands-on review of the Omega Speed master Sky walker X-33 in the near future but until then are happy to report its release. We know that from a commercial perspective, this will be a niche product, but it is a good sign to show that Omega is focused both on mainstream watch products as well as catering to their many dedicated hardcore fans. It is an interesting tactic and one that most brands of this size do not do. Price for the Omega Speed master Sky walker X-33 will be 4,900 Swiss Francs  -Ablogtowatch

Grönefeld One Hertz – Watch of the Year

Even a Rolex Needs Some Serious Photoshopping to look Good