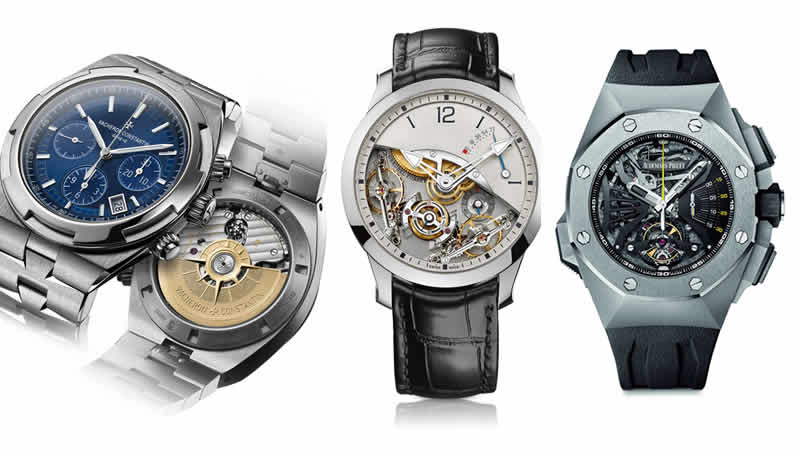 The watch world’s most luxurious trade fair – an invitation-only event – promises a new crop of fresh timepieces arriving this spring.

With some of the most luxurious brands in the world on show in the Geneva Palexpo halls, selecting only five to feature as “the best” is a daunting prospect and one that is probably not really fair – particularly in light of the fact that nine independent watchmakers arrived at the show for the first time this year in a new exhibition space called Carré des Horlogers.

Nonetheless, here I pick what I could conceivably see as being the best five men’s watches of the show for a variety of reasons, presented in no particular order.

We are used to beautiful, ultra-complicated timepieces emanating from the house of Vacheron Constantin; that is practically the order of the day there. And last year we were even treated to a whole new collection of beautiful, shaped chronographs called Harmony.

Like Vacheron Constantin, Jaeger-LeCoultre revamped an entire collection as part of its 2016 debuts. The iconic brand did this in honor of the 85th anniversary of the Reverso line. This is the second Gyrotourbillon that Jaeger-LeCoultre has released in its history. The first of these biaxial tourbillons made its debut in 2008. This new version is much slimmer and more svelte (by about 30 percent) – constituting an absolute technical highlight – going from 36 x 55 x 15.8 mm to 31 x 51.1 x 12.4 mm.

I will admit it was very, very difficult to pick which of the beautifully finished new Greubel Forsey debuts was my favorite. After some deliberation, though, I realized it was the Double Balancier à Differential Constant with its perfect balance of incredible masculine aesthetics and cerebral, complicated mechanics. In reality, this watch does nothing more than tell the time, though to look at it most laypeople might never guess that. While the top half of the dial keeps some guise of normality, the bottom half bares it all – and there is so much to see!

We got a whiff of this incredible timepiece early in 2015, but the concept wasn’t quite ready for Audemars Piguet to introduce in a timepiece ready for retail. Nonetheless, it was still the talk of the 2015 SIHH when it was still being called the RD#1. And it continued to be the talk of the fair at the 2016 SIHH: the Supersonnerie, as the brand justifiably now calls it, is the loudest repeating wristwatch I have ever heard. And – this is utterly incredible – it becomes louder when you put it on your wrist.

As I previously mentioned, the SIHH add ed nine new independent watchmakers to its roster of exhibitors, making 24 in total. The independent corner is usually the most interesting of any fair: it is here that the maverick watchmakers and most offbeat designers hang out. I labored over whether I should add an independent to this listing, but in the end my emotional fascination with a particular timepiece introduced by MB&F at the SIHH won out over all the rational arguments I tried to find for all the other men’s timepieces I saw at the show.

Luxury Watches Weather the Pandemic With a Little Help From Digital