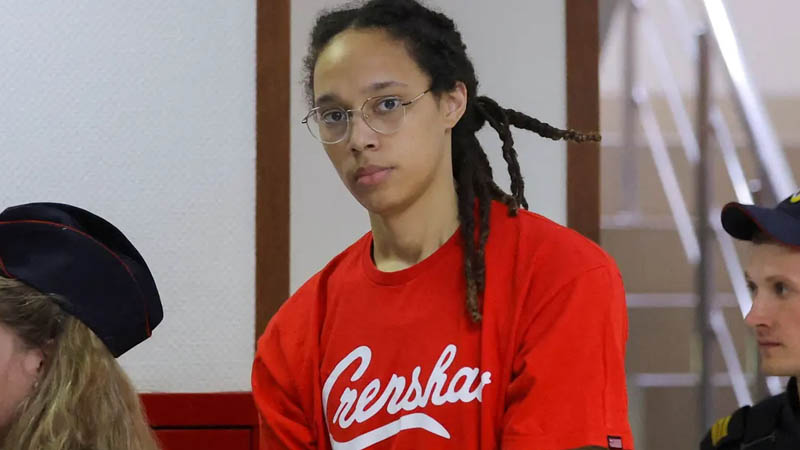 Brittney Griner has been completely silent for the past five months. The WNBA star’s influence went beyond high-scoring video games, Olympic gold medals, and fast-break dunks when she was arrested by police on February 17 at Sheremetyevo International Airport for reportedly carrying cannabis oil into Russia.

Griner has frequently utilized her voice to inspire and benefit the masses outside of sports. In 2020, following the police shootings of Breonna Taylor and George Floyd, protests erupted across American cities, and Griner utilized her fame to draw attention to systemic issues that minority populations sometimes face.

She used her platform in 2019 to raise tens of thousands of dollars for Houston, Texas, residents who had been impacted by Hurricane Harvey, which had a disastrous impact on her hometown. Moreover, she often works with the Phoenix Rescue Mission to provide sneakers for the homeless in the state’s capital, where she plays for the Mercury and is an eight-time WNBA All-Star.

But aside from a few words at her trial (Griner claims she didn’t mean to bring medication into Russia and that her rights weren’t fully explained to her), we haven’t really heard from her since she was jailed less than a week before Russian forces invaded Ukraine.

Instead, Griner’s primary form of expression has been through pictures, and Wednesday’s news of a potential prisoner swap between the US and Russia gave her a rare cause for hope amid her long detainment.

The most moving picture appears this week and captured perfectly both her spirit and the heartbreak of being separated from her family. Griner gave a classy smile while holding photos of her best friends, teammates, and spouse, Cherrelle, while she was trapped behind the bars of a Russian holding cell.

She was seen holding another picture of WNBA teams supporting her No. 42 jersey at this year’s WNBA All-Star game a few weeks ago. “As we say, we are the most unified league in the world, honestly, and wearing the jerseys was a statement to show that we are BG,” A’ja Wilson of the Las Vegas Aces mentioned in response to the league’s choice to honor Griner.

The photo shows Griner is still struggling, she is still learning how to interact with others and the people she loves, and she is using her voice even when she won’t speak out.

A picture is worth more than a thousand words right now because her situation makes it difficult for her to talk with the outside world.

Stranger Things star Jamie Campbell Bower speaks about being 7½ years sober: ‘I am so grateful

Oscar Pistorius, Olympic runner convicted of murder, is up for parole