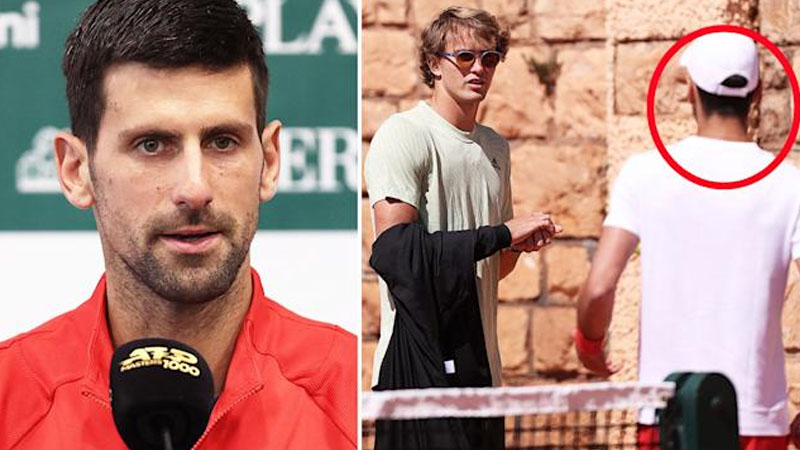 Former World No. 1 Marcelo Rios has dubbed Novak Djokovic the “King of Stupidity” for refusing to receive the Covid-19 vaccine.

In 2022, the 20-time grand slam champion has only played in one tournament, falling in the quarterfinals of the Dubai Championships to Jiri Vesely.

He’ll play in the Monte Carlo Masters on Tuesday, planning to put the controversy over his vaccination status behind him, as per Yahoo Sport.

“I miss the competition,” remarked the Serbian star on the first day of the clay-court season in Monaco on Sunday.

“I still feel the motivation to be on the tour and compete… and try to challenge the best players in the world for the biggest titles.”

Rios, on the other hand, isn’t ready to move on because he still can’t believe Djokovic is willing to give up his attempt to become the greatest male player of all time.

“It’s stupid, he is going to give up the race and he is not going to be the best in history because of a vaccine,” Rios said to the La Tercera newspaper.

“I thought the same (initially), but then I started traveling and I had to take it.

“I don’t know what the reason is, but if you’re trying to be the best in history and you’re going to give up the race for some vaccines, you have to be the king of stupidity.

“I believe that at first, it was out of fear, but now he is being too arrogant.”

After being deported from Australia for not being immunized, Djokovic was unable to defend his Australian Open title in January.

He also had to cancel events in Indian Wells, California, and Miami due to his inability to travel to the United States.

According to Yahoo Sport, he already said that he would not receive the vaccine in order to compete.

Rafa Nadal went on to win the Australian Open for the 21st time, breaking a tie with Novak Djokovic and Roger Federer for the biggest championships.

At the end of February, Djokovic lost his No. 1 ranking for the first time in two years, falling to World No. 2 behind Daniil Medvedev before reclaiming the top spot.

“The last four, five months have been really challenging for me mentally and emotionally but here I am and I try to leave all that behind and move on,” Djokovic said on Sunday.

“I don’t feel like it has left huge scars on me that I’m unable to train or participate in tournaments or live my life.

“I will try to use that as a feel for what’s coming up.”

Most Covid-19 restrictions were recently lifted in France and Monaco, allowing persons who had not been vaccinated to enter the country and return to restaurants, sports arenas, and other public areas.

With the memory of his 2021 French Open victory still fresh in his mind, Djokovic declared that the clay in Monaco is the best surface for making his comeback, despite the fact that it “has not been my most successful surface historically.”

“I will try to use (the French Open title) as an inspiration to kick-start the clay-court season the best possible way,” he said.

“I understand that I probably won’t be at my best, particularly at the beginning.

“It will take some time, some matches to really get in the groove.”

The French Open starts on May 22 in Paris.

Will Smith is on verge of leaving Jada Pinkett Smith after she told him to ‘Shut the F*** Up.’