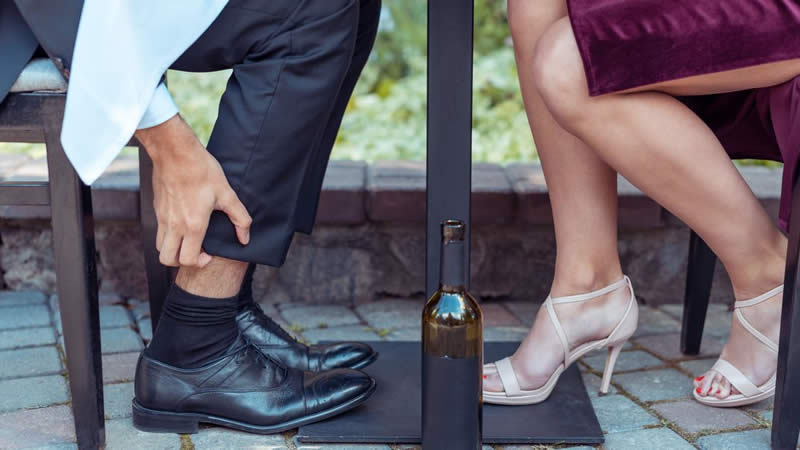 When you’ve got dry, itchy skin during the winter, nothing beats a good scratch. But what exactly is going on in your body when you scratch an itch that makes it feel so darn satisfying?

First, know that winter itch is definitely a thing. As the temperature drops and you crank up the heat, exposure to air that’s too cold and too dry can break down your skin barrier (aka your outermost layer of skin).

“We now know that this kind of irritation can cause the release of a variety of pro-inflammatory molecules from the skin, some of which can directly activate your sensory nerves to trigger itch sensation,” says Brian Kim, M.D., co-director at the Center for the Study of Itch & Sensory Disorders at Washington University School of Medicine. That’s why winter sweaters and fragrance-heavy body washes tend to be particularly itch-inducing during colder weather months (check out some better body washes here).

Why does it feel so good to scratch an itch?

Weirdly, science hasn’t totally nailed that down yet. However, there is evidence that scratching causes the release of serotonin in the brain (the neurotransmitter responsible for feelings of happiness and satisfaction that some antidepressants try to keep more of in your brain in order to make you feel better), Dr. Kim says.

When your skin gets irritated, a specific set of nerve fibers sends signals to your brain and spinal cord that cue you to scratch an itch. But when your fingernails scrape against your skin, you’re actually causing a little pain. As a result, nerve fibers send pain signals to your brain which temporarily suppress the itching sensation. “In other words, pain helps cut off the signals of itch going to the central nervous system,” says Dr. Kim.

In order to dull the pain that comes from scratching, your brain releases that feel-good dose of serotonin. “Many patients endorse feeling not just relief, but pleasure from scratching,” says Dr. Kim. In fact, some people living with intensely itchy skin conditions like lichen planus commonly describe scratching an itch as straight-up orgasmic, he says.

The downside of scratching an itch

If you’ve ever scratched a mosquito bite until it bled, you understand the dark side of the serotonin rush. While the initial mood boost feels great, it also ironically leads to more itchiness, says Dr. Kim. Basically, serotonin betrays you by leaping over from pain-sensing nerve cells to those that raise the intensity of your itch.

A simple fix: Stop the itch at the source by finishing off your back scratch with a moisturizing cream, ideally one that contains hydrating ingredients like jojoba oil, dimethicone, glycerin, or shea butter, per the American Academy of Dermatology Association (AAD). Your skin barrier will thank you, and you still get the good feeling from scratching the itch.

How to Measure your Body Fat Percentage

What Is the Carnivore Diet?