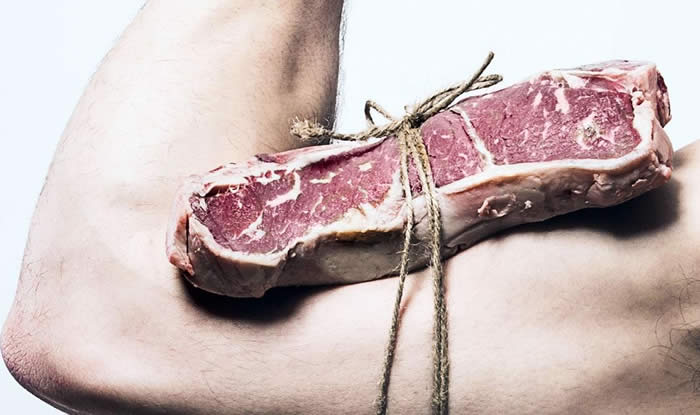 While the right balance of calories, protein, carbs, and fat play an important role in energy levels and body weight, reaching a specific goal calls for dietary fine-tuning. Whether you’re looking to lose fat, get ripped, or run a marathon, we have you covered with expert tips to help you get there faster and more efficiently. You might even enjoy it. Tequila shot, anyone? 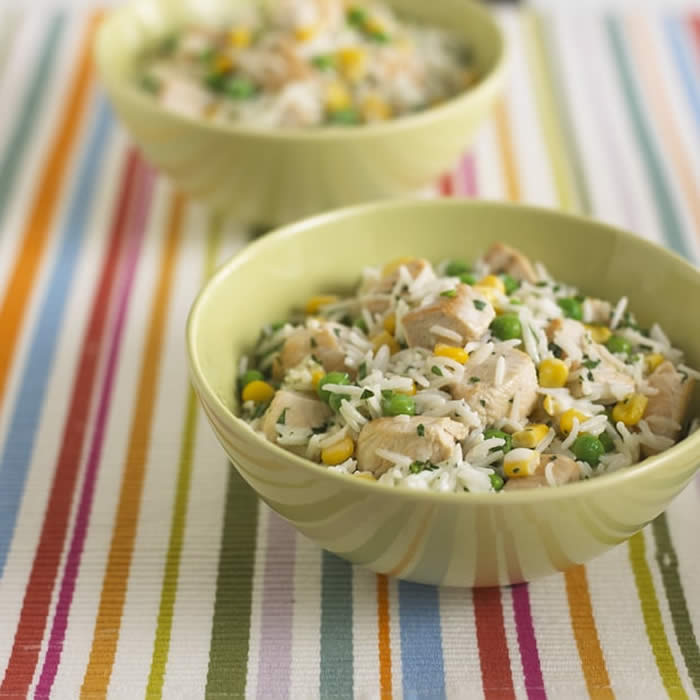 Eat a lot more than you think you need to.

A weight gain of anything requires a surplus of calories. Kim Jordan, nutritionist at Kettlebell Kitchen, a New York-based healthy meal delivery service, points out, “To gain muscle, a guy’s goal might be 2,800 calories, but in actuality, he’s only eating 2,000 calories.” To meet your goals, Jordan recommends eating two or three good-sized meals, a few snacks, and a post-workout shake daily. If you’re having difficulty getting enough calories, reach for calorie-dense, nutrient-rich foods. “Avocado, nuts, seeds, and coconut milk in shakes and high-starch foods like rice, quinoa, and oats,” Jordan recommends. “While chicken and eggs are perfectly good proteins, if you eat too much you might get full before reaching your calorie goal.”

Create a calorie deficit with more food, not less. 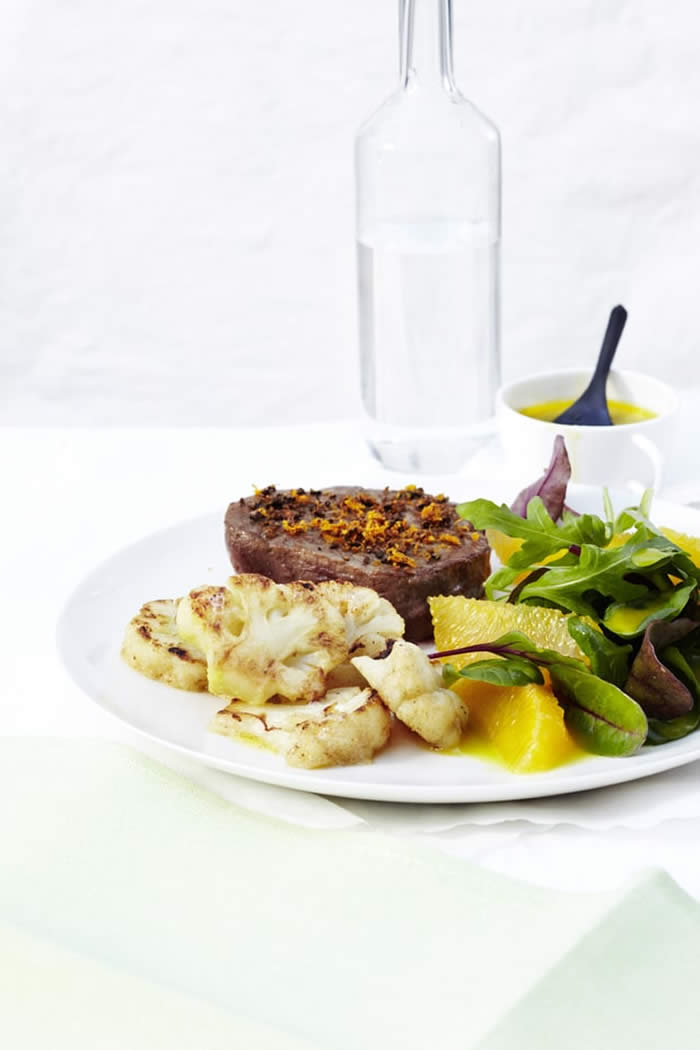 To ensure you lose weight while sparing lean muscle mass, make sure you don’t take in more than 30 percent of your calories from carbs. “The rest of the diet is higher in protein to preserve muscle, and what’s left is consumed in the form of fat,” Jordan says. To do this, shoot for lean proteins like chicken breasts, steak, eggs, turkey, salmon, and pork, with low-cal, low-carb sides like roasted Brussels sprouts, cauliflower, zucchini, stir-fried bok choy, asparagus, and spaghetti squash. Since Jordan often makes meals for Paleo-adherents, the meals are usually low on starch unless it’s in the form of post-workout carbs for refueling muscles.

Eating for a Marathon

Get plenty of carbs with some protein and fat. 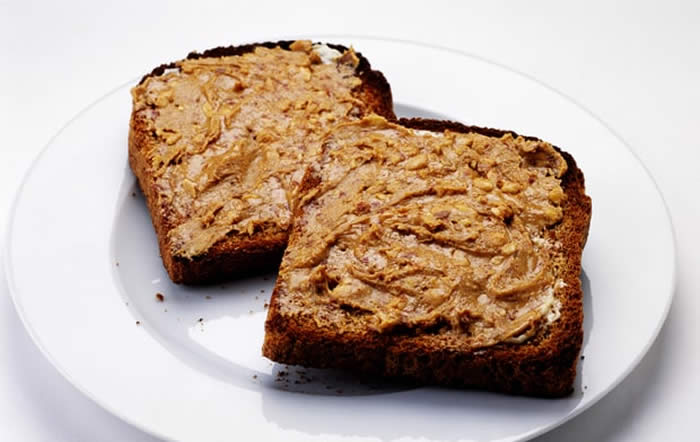 “Your muscles rely on energy from carbs stored as glycogen,” says Nancy Clark, MS, RD, Certified Specialist in Sports Dietetics (CSSD) and author of Nancy Clark’s Food Guide for Marathoners. “Carbs are not fattening. Excess calories at the end of the day are fattening. If you don’t eat enough during the day, you’ll be starving before bed, over eat, and gain weight.” For morning runners, she recommends having something small beforehand like toast and peanut butter. After your run, continue your breakfast with more carbs and protein like yogurt, granola, and a banana. Carbs refuel muscles, while protein builds and repairs them. If you run after work, Clark recommends having a “second lunch” around 4 p.m., like a peanut butter sandwich, cheese and crackers, or yogurt and a banana. Eat dinner soon after your run, since the first hour after exercise is the crucial window when muscles suck up carbs and protein like a sponge to refuel and rebuild. If you don’t eat soon enough, your muscles will go into breakdown mode. If you like the convenience of a protein shake after your run, Clark advises making sure it has fruit in it, not just protein. Can you eat whatever you want since you’re burning all of those calories? Not exactly. “Fatty, greasy foods are harder to digest,” Clark says, “so if they’re sitting in your stomach, it could feel like a brick.” Not what you want when you’re hitting the pavement for an hour or two.

Read More: Smoothie Recipes That Are Healthy and Refreshing

Eating to Get Ripped

Get 300-500 additional quality calories everyday, throughout the day. 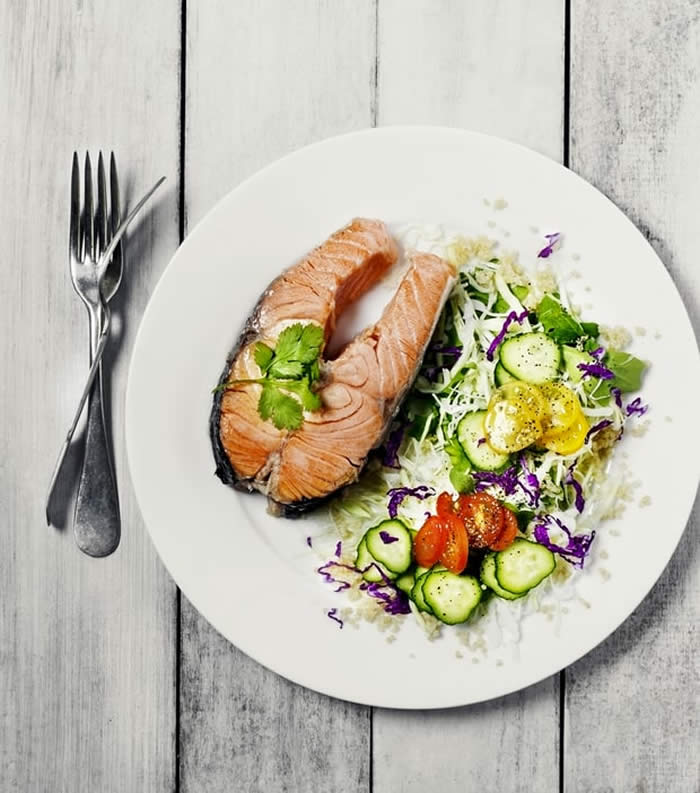 “You can’t get ripped if you’re not eating enough calories,” points out Simin Levinson, MS, RD, a board-certified sports nutritionist for the Phoenix Suns NBA team and professor at Arizona State University. Those should be quality calories. Think salmon, rice, and greens — not burgers and fries. “You want to get ripped, not grow a spare tire,” Levinson says. “Talk to anyone with six-pack abs, and you’ll learn they take nutrition seriously.” That means matching regular, focused workouts with focused nutrition. Levinson adds that high-quality foods eaten every two to four hours throughout the day every day must take priority over cheat meals, which should be rare if your goal is to get ripped. Big fouls include beer and liquor, since they don’t provide any nutrients to support muscle growth. And yes: Carbs, good carbs, are cool. “When you eat carbs,” she says, “the anabolic hormone insulin releases into the blood, moving carbs into cells while bringing along amino acids from protein foods.” This is an added bonus of pairing carbs with protein at mealtime.

Eating to Get Big

Get 300-500 additional calories, period. And throw in some creatine. 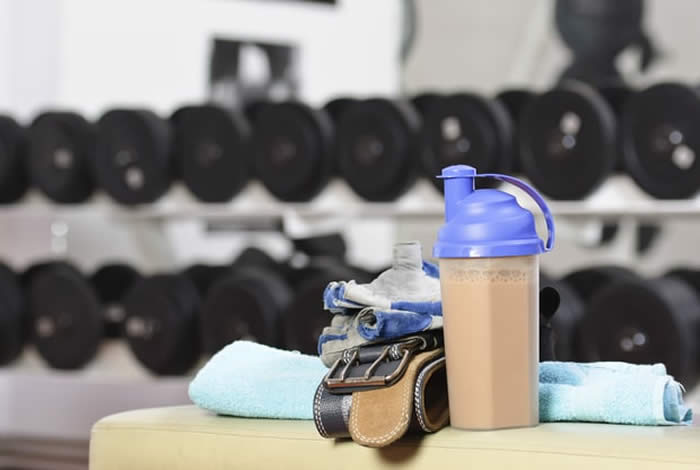 If you’re trying to get big but aren’t obsessed with getting six-pack abs, you can be a bit more lenient. But you can’t grow anything if you’re not eating more calories than you burn. “Follow the 80/20 rule, focusing mostly on high-quality foods,” Levinson says. “If you eat five times a day, which is three meals and two snacks, 20 percent of that is seven eating occasions, meaning you have one opportunity each day to indulge.” When the weekend rolls around and you want a drink to take the edge off, “Skip the beer and instead sip a shot of tequila since it will last longer,” she adds. Keep in mind, “You want to get big, not fluffy,” which Levinson equates to limiting salt to 2,300 milligrams per day and added sugar to 40 grams per day, while also limiting alcohol. If you’re looking for an extra edge, look into taking a creatine supplement. Levinson reports studies have shown it may be effective for increasing muscle size and strength and power output. But remember: Creatine supplements may cause your body to retain water in muscle tissue, making it good for getting big, but not necessarily for getting ripped.

Men Fitness: Skip Away The Calories