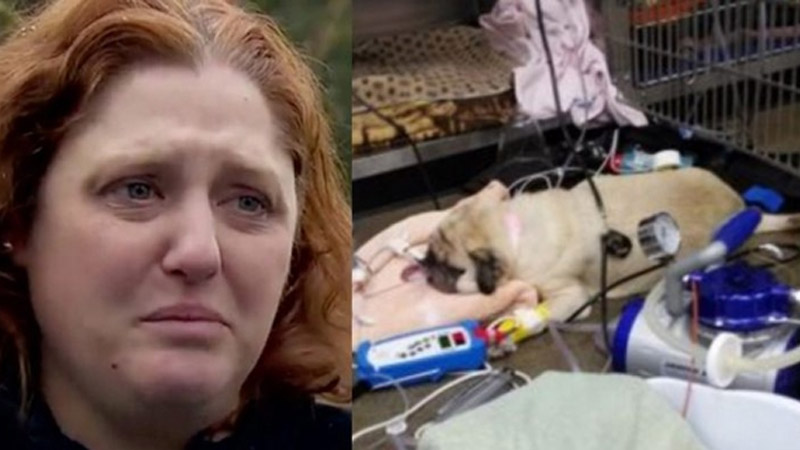 Caring for a pet is a huge responsibility, and many people don’t do it correctly. You must ensure that they are well-fed, exercised, and have a comfortable place to live – much like raising a child. However, you have much less control over their food, and most people simply grab whatever is the cheapest.

After a recent influx of dog deaths blamed solely on one thing – poison in their food – your dog’s food could be far more dangerous than you ever imagined.

“Nobody should have to go through what we went through,” Nikki Mael told CBS 12. Mael fed her five dogs some food from a can of Evanger’s dog food, but soon one named Talula fell very ill. Talula sadly never got better and passed away soon after.

“Not fair. I mean, I would give anything to see Talula again. They were falling over. They were running into the walls. They were convulsing,” she continued.

She immediately sent the dog food to a lab to determine exactly what killed her dog. The end result was stunning. CBS 12 conducted the tests, which revealed that the sample contained pentobarbital, which is typically used to euthanize pets rather than feed them.

When the Gravy Train tested positive for the deadly ingredient, CBS 12 knew they needed to spread the word about these serious concerns as soon as possible.

The FDA has also issued a warning about pet food containing pentobarbital, describing the symptoms as, “drowsiness, dizziness, excitement, loss of balance, nausea, nystagmus, and inability to stand. Consuming high levels of pentobarbital can cause coma and death.”

J.M. Smucker has now recalled shipments of Gravy Train, Kibbles ‘N Bits, Ol’ Roy, and Skippy canned dog food. They also released a statement, claiming the “root cause to be a single supplier and a single, minor ingredient, used at one manufacturing facility.” Unfortunately, those pet owners don’t consider the lives of their beloved animals to be, “minor.”

“Above all, we are a company that loves pets and understands the responsibility we have in providing high-quality food for the pets our consumers love,” the statement continued.

The only way to compensate for this terrible company’s mistakes is to stop buying their pet food. If you have a pet, please check your cabinets for any of these items and dispose of them immediately so that your pet does not suffer the same fate as Talula.

Because the FDA is aware of the problem, the most important thing you can do is share this warning with any pet owners you care about. These caring creatures have earned the right to eat safe and nutritious foods!