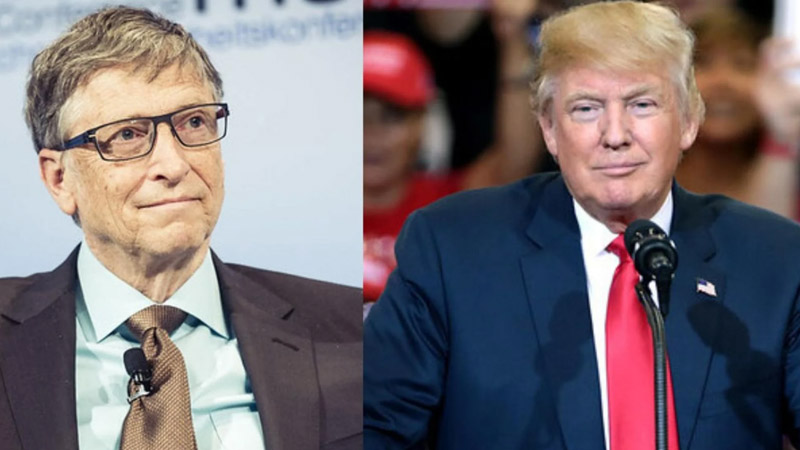 In a 2018 interview, Bill Gates stated that Trump has a habit of referring to himself in the third person. This practice, known as illeism, is a coping mechanism for anxiety, according to Benzinga Magazine.

Gates recounted his strange encounter with Trump while speaking to the staff of the “Gates Foundation.” Trump, according to the tech billionaire, refers to himself in the third person.

“When I walked in, his first sentence kind of threw me off. He said, ‘Trump hears that you don’t like what Trump is doing.'” And I thought, ‘wow, you’re Trump!'” Gates said in the MSNBC video clip.

“I didn’t know if the third-party form is what was expected,” Gates said.

According to Inc. Magazine, this practice of referring to oneself in the third person is known as illeism. The publication also mentioned Trump’s speeches in which he said, “There’s never been a president like President Trump.”

According to Inc., illeism is a strategy for avoiding anxiety.

“In particular, psychological distancing through third-person speech makes negative self-views less emotionally troubling, and has even been shown to reduce people’s level of cardiovascular reactivity,” it added.

In the MSNBC video, Gates was seen reflecting on his interaction with the former president during their meeting. Trump allegedly questioned Gates about the alleged dangers of vaccines as well as the distinction between HIV and HPV infections. Gates stated that the former president made a remark about his daughter’s appearance, which Melinda Gates did not appreciate.

Biden and Obama said the GOP is now a threat to democracy: ‘This race is razor-close

Woman kidnapped at gunpoint by 2 men, forced to withdraw money: ‘Don’t hurt me!’