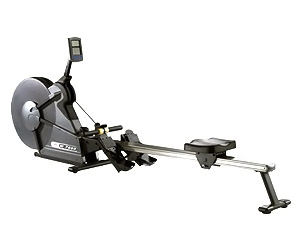 Indoor rowers and rowing machines are used to produce the action of rowing that is usually for the physical training or for the purpose of training oneself for the sport. The very machine that is used to practice this rowing is called ergo-meter, derived from the word erg. The reason for such a name is that ergo-meter is a device that is used to measure the amount of work done by a particular body. Indoor ergo-meters or rowers use different techniques to measure the amount of work done and the level of training achieved due to specific time on rowing.

Ergo-meters or rowers have quite a history and have been in use since as early as 1800’s. It was that time that the rowers started to get develop and evolve into a sport. Early-rowers were hydraulic machines that were used basically for power testing and energy measurement. With the time further advancements were introduced in the ergo-meters and the latest ones now being manufactured at a large scale. Rowers in general develop arms and shoulders and legs and strengthen lungs and heart, providing the ultimate fitness package. They provide an effective workout for cardiovascular muscles and help perk up physical endurance and stamina.

The technique is basically the same as it would be done when in water. The style gets differed a bit as the physical environment of rowing is altered.Rowing consists of four phases to complete one stroke of rowing; the catch, the drive, the finish and the recovery. This is iterated until a specific set goal is achieved.

The knees are bent and the back is kept parallel to the thigh. The arms should be kept level and prolonged forward.

The drive is the extension of legs until fully extended, with the body being held at the position of the catch.When the legs are leveled against the ground, the rower is to pull the handle towards the chest, keeping the body still in the current situation.

This is when the legs are fully extended and flat against the ground, the arms are fully stretched by the elbows and the handle is touching the chest. This action indicated the completion of one complete set.

This is the returning of body back to the initial position from where the rowing was started, starting form the last action that was performed. It is just as if unwinding the whole process, tracing one’s actions backwards.

8 Things Vaping Can Do to Your Body

DIY – Build Your Own Gym