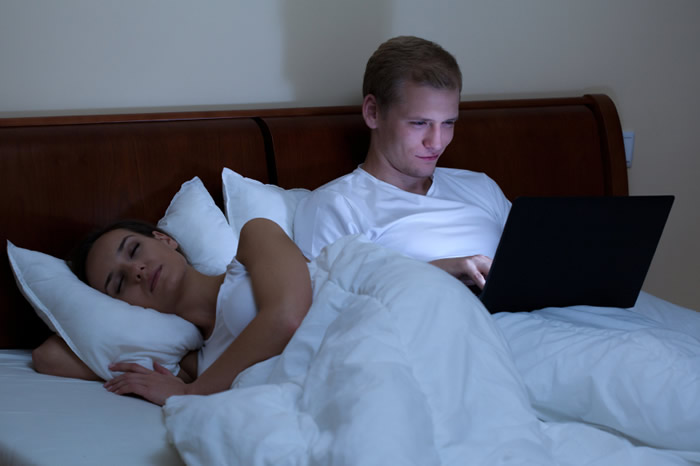 It doesn’t get much worse than dealing with a low sex drive. In addition to feeling crummy about yourself, your partner is likely to suffer. They often construe your lack of interest as something they’re doing wrong, whether it has to do with physical appearance or actual performance. In short, low sex drive can be a real relationship killer. In some cases, the foods you eat can play a role. For most guys, though, a diet overhaul isn’t the answer. There may be something else at play, and you’d be surprised what can impact your bedroom performance. If your sex life is going south, one of these seven culprits may be to blame. 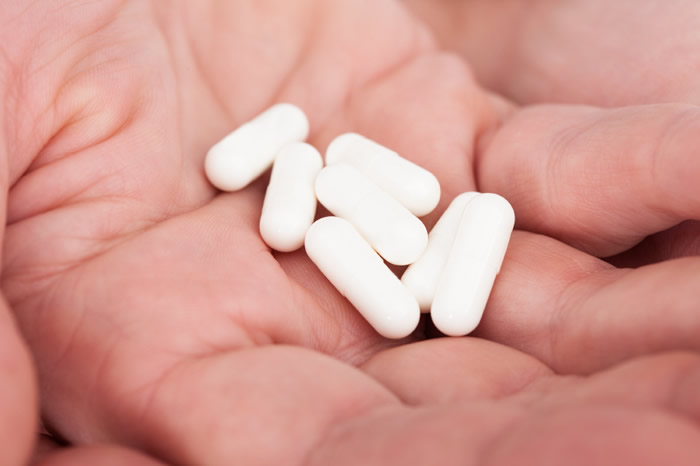 If you noticed a decrease in sex drive around the same time you started a new medication, that’s a huge red flag. Antidepressants are notorious for destroying the desire to get it on. One 2014 study found subjects on these types of medications were not only less likely to feel sexual desire on such drugs, but also felt less connected to their partners. It’s not just antidepressants, either. Men’s Health revealed blood pressure medication, a type of drug used to stimulate hair growth, and even cold medicine that can affect your sex drive. The article explained some cold medications affect your body in a way that’s similar to a rush of adrenaline, which interferes with your ability to achieve an erection.

In the digital age, access to pornography is just a few clicks away. This is great for convenience, but potentially terrible for your sex life because there’s definitely too much of a good thing when it comes to X-rated films. There’s even a term for the inability to perform sexually after watching too much porn: sexual anorexia. The term was coined after an Italian study found men who frequently watched internet pornography on a daily basis starting in their teenage years began to experience a drop in libido and, eventually, were unable to achieve an erection. This doesn’t mean you’re doomed to never have another sexual experience or father children, though. According to the researchers, it’s possible to recover from the affliction in a few months. Still, better to never deal with the problem in the first place. If it’s a daily habit, you should seriously consider cutting back. 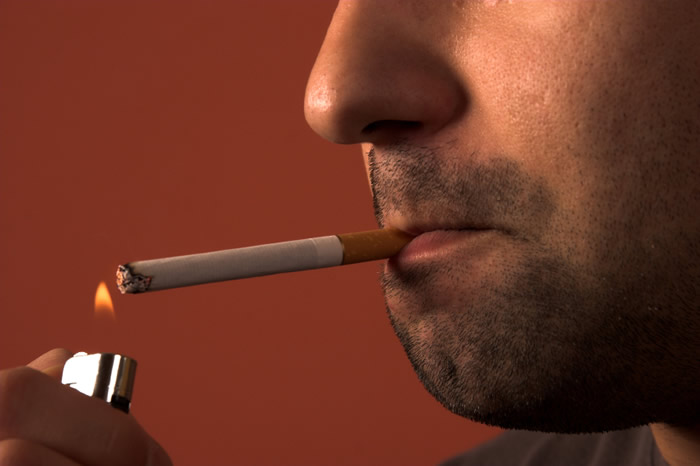 The ability to perform sexually has a lot to do with blood flow, which explains why guys with hypertension often suffer from erectile dysfunction. What you might not realize is that smoking has a similar effect. Healthline explained that smoking also causes blood vessel damage, which inhibits blood flow to the area. Without proper circulation, you’re out of luck. Numerous studies have illustrated the relationship, including this one from 2006. Some research has even shown a positive shift in sexual performance shortly after smoking cessation. A 2012 study found men who were able to successfully quit smoking experienced speedier arousal and an increase in sexual function compared to those who relapsed. 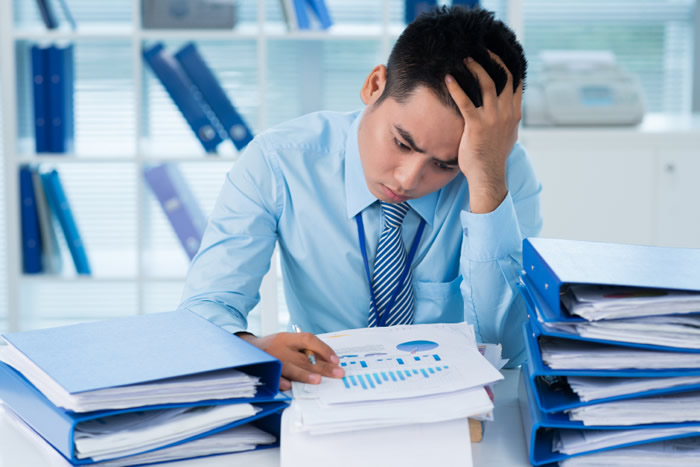 If late work days and a jammed schedule have you feeling overwhelmed, your sex life could easily suffer. Research published in the Archives of Sexual Behavior found anxiety can negatively affect arousal. Though most people think of a hefty work load as the biggest source of stress, this isn’t always the case. For some men, low self-esteem is a huge source of anxiety. The Journal of Couple & Relationship Therapy published a study in 2007, which indicated a clear link between body image and sexual satisfaction. Those with poor body image had the lowest levels of sexual satisfaction, regardless of gender. 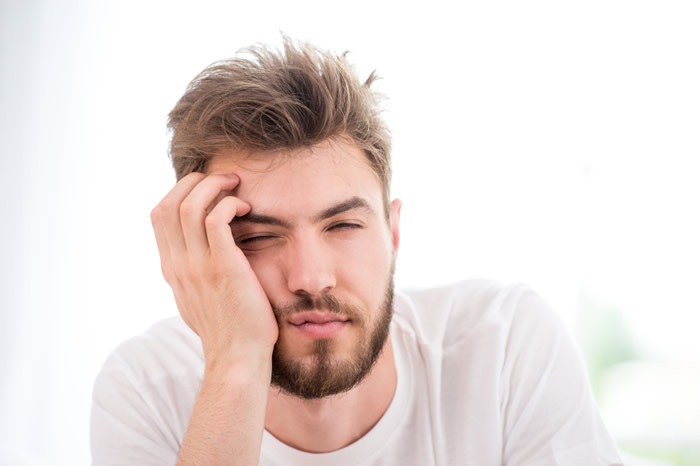 Poor sleep quality has been linked to everything from obesity to early mortality. Unfortunately, you can also add diminished sex drive to the long list of negative health effects. Sleep apnea has been linked to erectile dysfunction in a number of studies. One example had more than 3,000 men fill out questionnaires regarding sexual health and sleep quality. After analyzing the results of both questionnaires, the study found a clear link between sleep disorders and erectile dysfunction. Even lack of sleep can play a role. Men’s Fitness explained not getting enough rest can cause testosterone levels to drop. The lower your testosterone, the more difficult it is to achieve and maintain an erection. If you’ve been burning the candle at both ends, prioritizing bedtime can go a long way toward improving your love life. 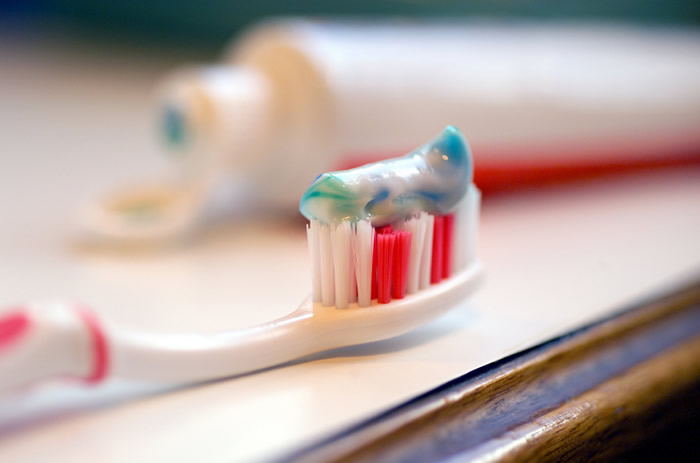 Though no one’s really sure why, oral hygiene has been linked to poor sex drive in men. The Journal of Sexual Medicine published a study in 2013 that examined the link between the two. The results found men suffering from erectile dysfunction were much more likely to have periodontitis, more commonly known as gum disease. There’s no indication of correlation versus causation, but it’s something to keep in mind the next time you decide to skip brushing or flossing.

10 Health Symptoms You Should Never Ignore

10 of the Most Unhealthy Beverages You Can Drink

Workout at your own pace and comfort level