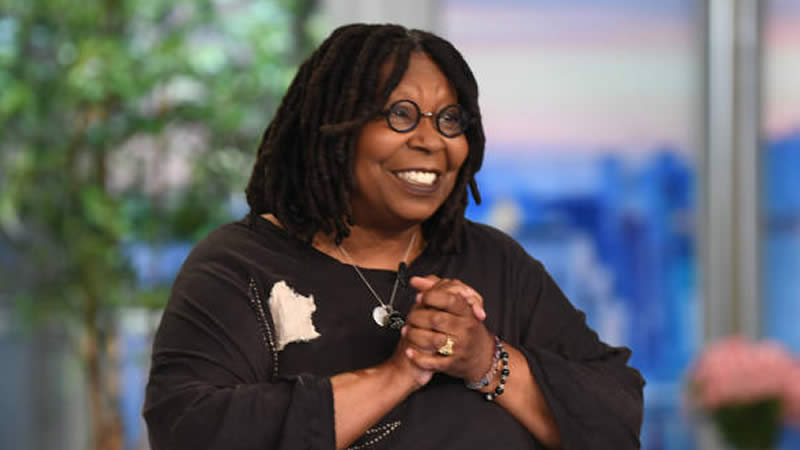 Whoopi and the rest of her panel cut loose for the occasion. Whoopi explained why she was celebrating ahead of her actual birthday on November 13th in the episode that aired on November 10th.

“We’re celebrating today because that’s how we usually celebrate,” Whoopi explained to the audience. “The actual day is Sunday. We’re not working today, so we’ll do it tomorrow.”

To commemorate the occasion, guest Emily Blunt presented The View moderator with a bouquet. As the party continued, Whoopi shared her “favorite things” with co-host Sara Haines.

The actress flaunted Itinera beauty products, her love of sneakers, and her collection of Funko Pop collectibles. Whoopi even gave each audience member a pair of Kizik sneakers.

A lineup of drag queens gathered around the birthday girl before the show ended. “I’m exhausted,” Whoopi said to the audience. “I could definitely use a break, like a vacation.” You, too, could do it! Because vacations are also one of my favorite things, you’re all going to Cancun, Mexico!”

After the audience applauded, Whoopi danced from her seat with the drag queens and shouted “This has been a great birthday!” “Happy Birthday, World!” During the show, the ABC star also announced her new career move and showed her drink, Whoopi Prosecco.

I enjoy hosting get-togethers with friends and family, which is why I created Whoopi Prosecco.” The $21.99 drink, according to the comedian, is made from “organic grapes” from Asolo, Italy.

The actress also revealed that she has been cast in an upcoming Western film written and directed by Mario Van Peebles.

Trump warns Pence not to ‘wimp out’ before January 6: ‘Hundreds of thousands are gonna hate your guts