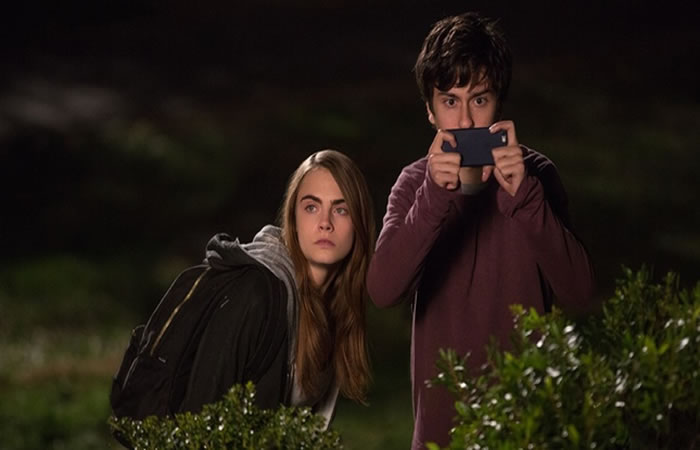 Paper Towns concerns a cool girl who makes herself the high school gone girl. She intricately plots an escape-from-Orlando plan—and leaves clues of whereabouts in parental palaces, places of squalor, and the pages of Wikipedia—after committing a series of suburban breaking-and-entering crimes.

What’s cool about Paper Towns is that even though she’s seen through the eyes of a teenage boy, it does allow the cool girl, the manic pixie dream girl, the Suburban Pennsatucky, Margo (Cara Delevingne), to make choices for herself. But what’s coolest is the friendship between three high school boys: Quentin (Nat Wolff), Ben (Austin Abrams), and Radar (Justice Smith). This trio of band kids embark on a road trip to find Margo after she’s run away, and it’s a road trip worth taking.

Their prom dates (Halston Sage and Jaz Sinclair) are in tow, but Paper Towns is mostly about boys chasing paper-thin constructs of girls and discovering more texture. It’s the sweet-natured, non-jaded, middle class version of The Virgin Suicides, with the same lesson: you can’t ever know a girl if you’ve already constructed everything about them in your mind. And you can’t get upset when they don’t fulfill your own cool girl construct. Through Radar, it also acknowledges that these expectations unfairly creep into friendships, too. 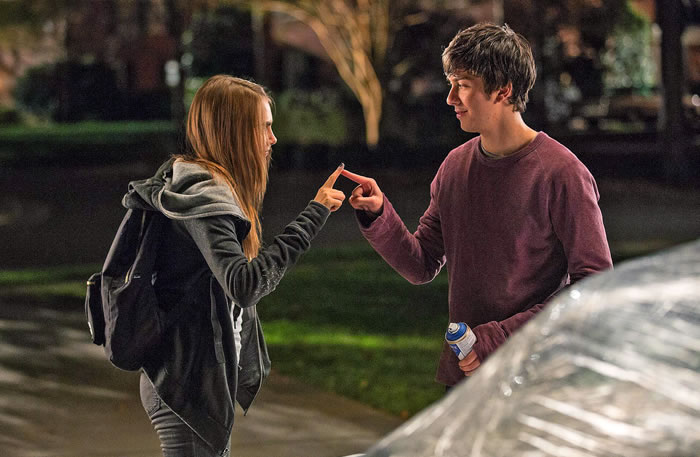 The larger lesson of Paper Towns is that you should allow people you love to be the people you love. Why is Margo so sought after? She’s adventurous.  As a child she discovered a dead man, and then researched his identity and invited the younger Quentin (through his bedroom window) to go spy on the man’s widow. Quentin turned her down, and thus two roads diverged. Margo grew up and spent her teen years on the road with rock and roll bands and a group of cool kids, Quentin did his homework and planned his happiness to start exactly 12 years after high school.

When Margo discovers that her boyfriend (Griffin Freeman) is cheating on her, she invites Quentin (through his bedroom window) to assist her in getting revenge. It’ll be the most he’s strayed from his perfect path, but his construct of a perfect girl is Margo, so he goes along with it, and after a night of hijinks she disappears. 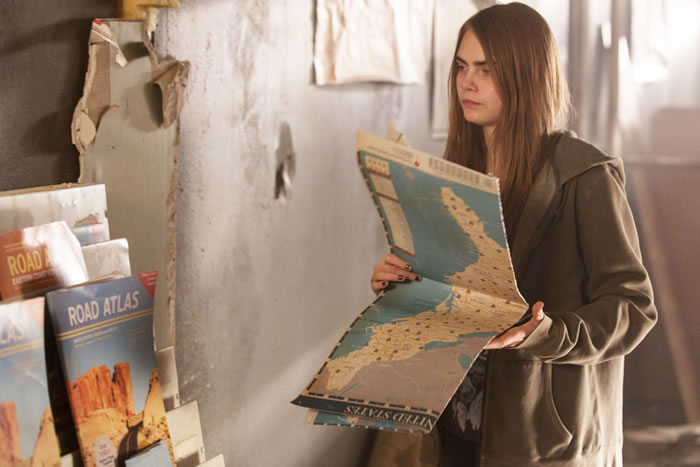 This is Delevingne’s first large role and the model (and Suicide Squad member) plays Margo as if she were Orange Is the New Black’s Pennsatucky (Taryn Manning) but given ten suburban-steps ahead in life; that is to say, as an actress. Delevingne mostly communicates with eyebrows, hair pushes, and a knowing overbite.  As a character she communicates with riddles, and elaborate mystical clues that, thankfully, don’t get too twee. Not to discredit Delevingne—who is fine—but Paper Towns works best in her absence.

Her absence forces Quentin, Ben, and Radar to have an adventure, but more importantly for actors Abrams (The Kings of Summer) and Smith (Baz Luhrmann’s upcoming Netflix hip hop series, The Get Down) to riff. On Pokemon, black Santas, and the Confederate flag. The road trip that the boys (and girls) embark on indulges in some mild body humor, tender sexuality, and features a crowd-pleasing cameo. 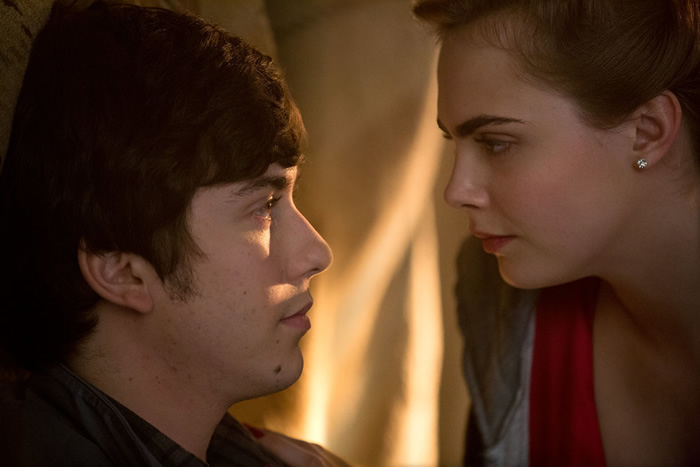 It perfectly charts the map of what Paper Towns is: a megaplex film with indie sensibilities that wears its heart on its sleeve. It mostly succeeds. It’s as funny as it is vanilla, and it’s a lot of both; it’s a pleasant mix. Paper Towns is the most enjoyable high school movie of 2015. Unlike say, Me and Earl and the Dying Girl, you can’t feel the movie trying hard to make you like it.

Paper Towns loves the characters created by author John Green (The Fault in Our Stars) and each step of the way feels natural (if not entirely believable) because director Jake Schreier (Robot & Frank) and screenwriters Scott Neustadter and Michael Weber (The Spectacular Now, The Fault in Our Stars) allow them to be who they love. And I loved these guys together. 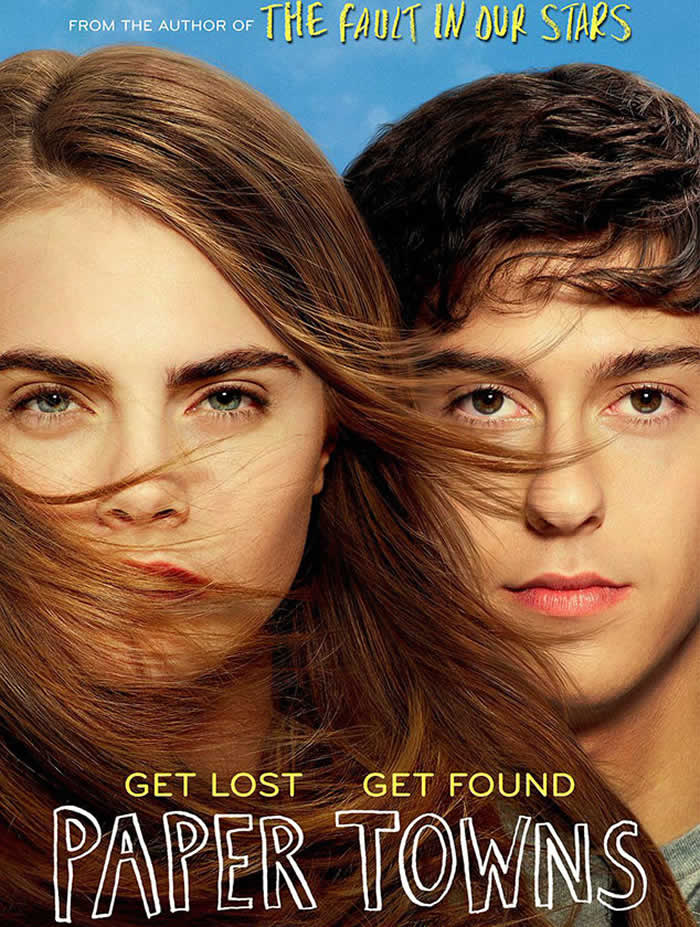 When is Ozark season 4 coming to Netflix? The latest news and what you need to know

What to Watch This Weekend