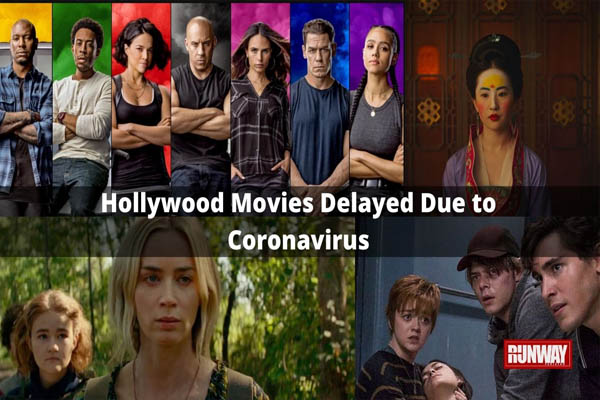 As the coronavirus continues to spread, an increasing number of movies are delaying or suspending production. As the number of impacted movies grows, felt it would be most informative to keep a running list.

No Time to Die”

MGM, Universal and Bond producers Michael G Wilson and Barbara Broccoli announced that after careful consideration and thorough evaluation of the global theatrical marketplace, the release of “No Time to Die” will be postponed until November 2020.

Paramount delayed the controversial UK gang film “Blue Story,” which was set for release on March 20. A future release date has not been announced.

Director John Krasinski announced on Instagram that the horror sequel’s March theatrical release would be delayed amid the growing spread of the coronavirus around the globe. Paramount has now dated the film for release on Sept. 4.

Universal put a pause on production on the third “Jurassic World,” with Chris Pratt returning to star in the dinosaur-stomping sequel.

Strand Releasing and Water’s End Productions delayed the limited release of the Bruce Dern and Lena Olin film “The Artist’s Wife.” The film was meant to open in New York on April 3 in Los Angeles on April 10 and in San Francisco on April 17. No new release date has been set.

Here’s the Difference Between Bourbon and Whiskey

These Are the Best Shows You Should Be Watching on Hulu

Here are the Most-Watched Shows on Netflix