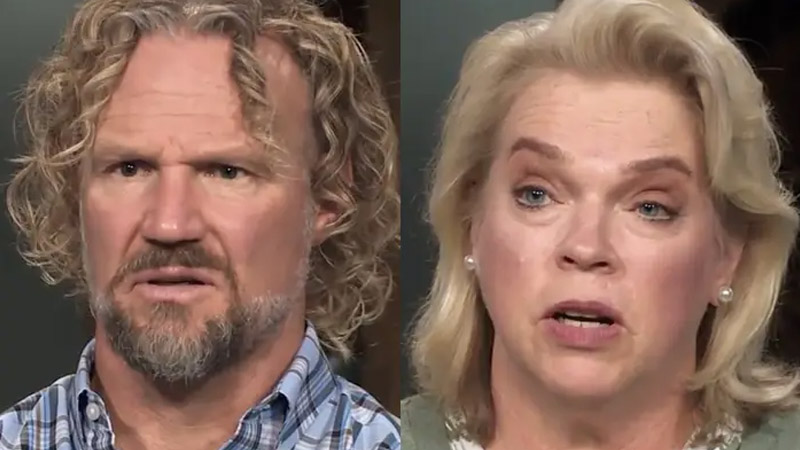 Kody Brown and his second wife Janelle Brown were at odds because Kody refused to “break my back” for a woman who didn’t “respect” him on Sunday’s episode of “Sister Wives”.

Janelle moved out of her Flagstaff, Arizona, house and into an RV on the Brown family’s Coyote Pass property with her daughter Savanah Brown, as shown in season 17. She hoped that the rest of the family would start building houses there as they had planned.

But living in the RV became more difficult than she had expected, so Janelle changed her plans and informed Kody that she would now rent a home to live in until her house was completed.

Kody wanted Janelle to buy his ex-wife Christine’s home so they could rent it out in the future, and the couple fought several times throughout the episode. Janelle objected since she said she couldn’t afford both mortgages. She expected to have her Coyote Pass home built within a year.

In a separate interview, Janelle stated that the only reason Kody wanted to buy Christine’s house was to keep it in the family, rather than to meet her needs. She stated that she would feel “stuck” there and would not allow Kody to “steamroll” her into doing what he wanted.

Kody paid a visit to Janelle’s RV late in the episode to inform her that her plans to build the house would have to be delayed while they built a subdivision on the property.

Janelle informed cameras that Kody had a “rough summer” and that the building problems on Coyote Pass were now “all my problem,” blaming her for “inconveniencing him.” She described Kody’s actions as “astounding.”

In an interview, Kody stated that he was opposed to Janelle’s suggestion since he felt “disrespected” by her during the COVID-19 pandemic. Janelle visited throughout the pandemic, as fans saw in season 16, and even told Kody off for making her feel bad about seeing her children.

“I’m not going to break my back to work for you when you don’t respect me, I’m just not. And Janelle needs somebody who will break their back to get this project done and that’s not me right now,” Kody said in his interview.

“Men don’t feel love from women who don’t respect them. I feel like Janelle struggles to respect me or show me respect,” he added. “If you don’t respect me, don’t bother with the love.”

Katherine Heigl claims that while working on “Grey’s Anatomy,” she “never saw” her daughter as a baby

Kate and Louis ‘Blissfully’ in love