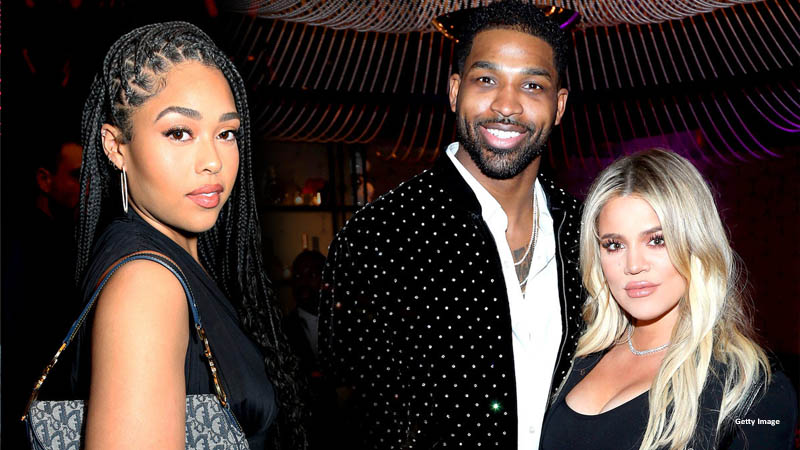 Following Khloe Kardashian’s announcement that she and her ex-boyfriend Tristan Thompson are having a second child through a surrogate, commentary on the tension between the two reality TV stars has resurfaced on social media.

Since 2016, Kardashian and the 31-year-old basketball player have been in an on-and-off relationship. They already have a 4-year-old daughter named True.

“We can confirm True will have a sibling who was conceived in November,” Kardashian’s representative said in a statement on Wednesday.

“Khloe is incredibly grateful to the extraordinary surrogate for such a beautiful blessing.”

On social media, commentary on the conflict between Khloe Kardashian and Jordyn Woods has resurfaced. Using a surrogate, the reality TV star and her ex-boyfriend Tristan Thompson are expecting a second child. Getty Pictures

After finding that the Chicago Bulls center had fathered a kid with another woman while they were dating, Kardashian and Thompson split up just a few months ago.

The news that Thompson had been caught cheating on Kardashian with Jordyn Woods, the best friend of her younger sister Kylie Jenner, made headlines in 2019.

The Kardashian Jenner family publicly kicked Woods out of their inner circle, which at the time created a media frenzy.

Despite being excluded from the famous family, Woods and Kardashian have made up many times, and he has been at the center of several cheating scandals.

Fans have long called for Kardashian to apologize to Woods, and today’s revelation of the surrogate pregnancy has renewed the conversation on social media.

“Jordyn Woods is for sure giggling somewhere reading this tea. Khloe we all knew she was never the issue, but she stays vindicated,” reads one tweet.

“Every time I read a headline about Khloe and Tristan I just know Jordyn Woods is having a good ass day,” said another.

While another asked: “Has Khloe Kardashian apologized to Jordyn Woods yet???”

“I have to deal with my family and all the people I hurt. [Kardashian’s] family also has to deal with the hurt,” Woods said at the time.

“This story that didn’t have to be what it was turned into the biggest scandal or betrayal of the year because I’ve seen what has been done to my life in only a week based on how the media circulates. They don’t put their focus on real-world problems. They’re putting their focus on a young black woman who made a mistake and not a mistake that’s worth public crucifixion.”

On January 13, 2019, Khloe Kardashian and Tristan Thompson were spotted in Los Angeles. Through a surrogate, they are expecting a second child.