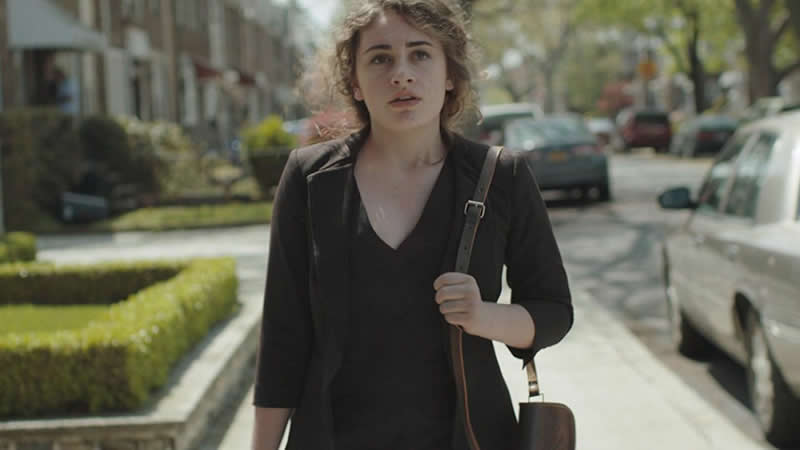 The 25-year-old actress stars in the critically lauded film, which started as an NYU student film and debuted at SXSW.

Rachel Sennott is living the student film dream. “Shiva Baby,” one of the shorts she starred in as a senior in NYU’s acting program, turned out to be her breakthrough role.

“I auditioned for all the NYU short films,” says Sennott, who graduated from Tisch in 2017. “I would do the little one scene where you, like, smoke a cigarette, and that’s it.” Writer-director Emma Seligman saw the young actress in another student’s thesis film, and decided to cast Sennott as the lead in “Shiva Baby,” her own senior project for Tisch. The film went on to premiere at SXSW in 2018, and was developed into a feature film shortly afterward.

The feature film, which added seasoned actors like Polly Draper and Dianna Agron into the mix, was shot during summer 2019 before returning to SXSW, where it premiered during the early days of the pandemic last year. “I can’t stop thinking about how insane it was that we were there [filming] with a million people in a little house for a month,” says Sennott. “It feels so far away.”

Most of the film takes place in one location in real time over the course of an afternoon — as the name suggests, during a shiva. Sennott joins her parents at the house, where she is barraged with probing questions (and suggestions) from near-strangers about her future and runs into a particularly awkward situation when her sugar daddy unexpectedly shows up with his wife and young baby.

The feature fleshes out the themes of young adulthood and relationships introduced in the short, with the addition of new characters, including an ex-girlfriend and childhood friend played by Molly Gordon.

The 25-year-old actress and comedian (who got her start doing stand-up after accompanying a former boyfriend to open mics and deciding to try it out herself) notes multiple parallels between her character’s journey in the film and her own post-graduation years in New York.

“The stress of graduating and having everybody be like, what’s the deal? What are you doing?” says Sennott. “When you’re in that family setting and you’re like, nobody gets what I’m going through. Everyone thinks it’s coming from a place of concern, but they don’t really get what you’re going through.”

The power dynamics between her character and the sugar daddy also felt relatable to experiences Sennott has navigated in her own romantic relationships. “Where you think you have all this power over a guy, and you feel in control because of your sexuality, and then it kind of flips,” she says.

Sennott, who grew up in Connecticut, recently moved from New York to L.A. to shoot the new ABC family sitcom “Call Your Mother.” Sennott describes the comedic series, which co-stars Kyra Sedgwick, as warm, happy, and loving. “Which I think people in the pandemic are looking for — and my family, who have had to like read my tweets for years about like, ‘I’m a slut for wine,’ or something. My mom was like: I love the show.”

Sennott is continuing to collaborate with Seligman; the pair is currently cowriting a feature film that she compares to Diablo Cody’s 2009 movie “Jennifer’s Body.” “It’s about two girls in this super football American town who start a fight club to steal the cheerleaders away from their football boyfriends,” says Sennott, adding that she hopes to continue collaborating with Seligman and creating more stories like “Shiva Baby,” dark comedies that feature complicated and flawed female characters.

“We’ve finally gotten the hang of like Zoom writing, even though I would give anything to do it in person,” says Sennott, adding that she’s not sure if she’s in L.A. to stay or if she’ll rejoin her collaborator in New York.

“All my stuff in New York is in storage and I miss it, but then now I’m here, and I started dating my boyfriend when I got here. So I’m like, should I stay?” says Sennott, at the start of February. “Maybe I should just stay until the snow melts and then come back in April.”