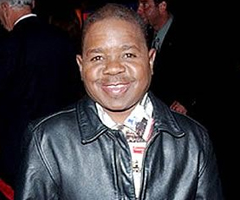 According to reports, a third Gary Coleman will has recently surfaced and it names Anna Gray, not Price, as the executor and sole beneficiary of his estate.  Price, Gary Coleman’s ex-wife, has been scrambling like a madwoman to cash in on Coleman’s May 28 death and make a play for control of the actor’s estate.

She could be SOL now, her deplorable efforts wasted. But who is this Anna Gray and why did Gary leave her in charge of all his assets and possessions? Coleman’s agent, Robert Malcom, tells ET Gray became close friends with the child star after meeting him in 1997, and stayed at his home for months.

Later, she was named the CEO of Gary’s corporation. Once the actor met Shannon Price, they relocated to Utah in 2005. Coleman married Price in 2007.

“When Shannon moved in, the relationship got difficult because Shannon didn’t like the fact that there was somebody else in his life,” Malcom tells ET. “Of course, he sided with [Shannon], and Anna was asked to leave.”

Coleman divorced Shannon Price a year later and they never remarried, although they reconciled and continued to live together until his death last month. Claiming she was his common law wife, Price says she should inherit and control everything. The leech already sold a Gary Coleman death photo for profit.

In the 23-page will, Coleman states that he wishes “to be cremated and that there be no funeral service, wake, or ceremony memorializing my passing.” Noticeably absent from the will? Ex-wife Price, who he had not yet married when the will was written, and his estranged parents, Sue and Willie Coleman.

In the 911 call, Price said she didn’t wanna be traumatized. Imagine the trauma she’ll face if the will is legitimized and subverts her money-grubbing ways.

Will Kim Take over Angelina Role in New Tomb Raider?