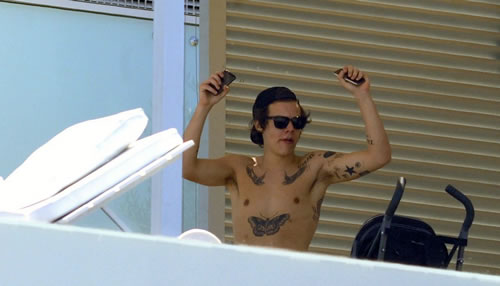 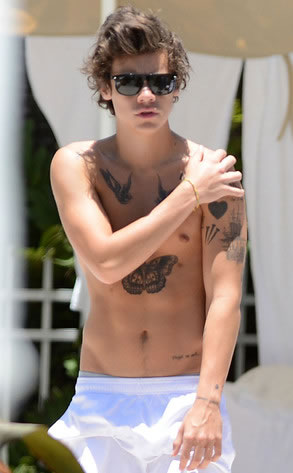 The One Direction singer Harry Styles was spotted showing off his 19-year-old abs and numerous tattoos while enjoying the sunshine and taking a dip in the pool at the group’s hotel in Miami.

So, why was Styles holding onto his shoulder, as if he needed a massage? We have a theory… Harry may have been suffering from the strain of carrying bandmate Niall Horan on his shoulders for a friendly game of chicken! 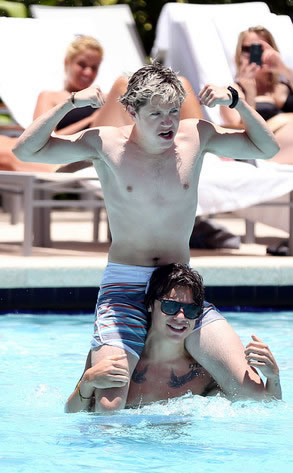 The best mates also enjoyed a round of water aerobics and Horan showed off his ninja skills by doing a karate kick into the water. The pair were goofing around before their Miami on their Take Me Home Tour, which touches down in Columbus, Ohio, on Tuesday. – Eonline

Ariana Grande Accused Of Plagiarism For “Be Alright”