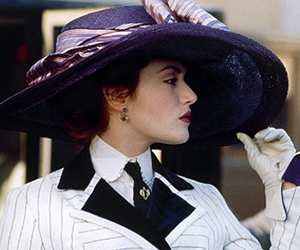 Recently Kate Winslet was in London for the premiere of Titanic. Titanic is once again in theaters but in 3D. On the premiere Kate thought that she was embarrassed by her performance in Titanic even though it was a super hit film and an Oscar nomination for her. She thought that her American accent was not up to the mark and her acting could have been way better.

She also said it on CNN after the show saying that after every scene she was thinking to herself saying really? Is that you? You could have done it better.

Kate Winslet said that her American accent is way better now and she also believes that actors can sometime be over self-critical and especially Kate who doesn’t like to watch her performances. But she said watching Titanic again was a shock and I felt like I wanted to do it again.

Kim Richards reveals why she’s no longer friends with Brandi Glanville: “but she never responded”