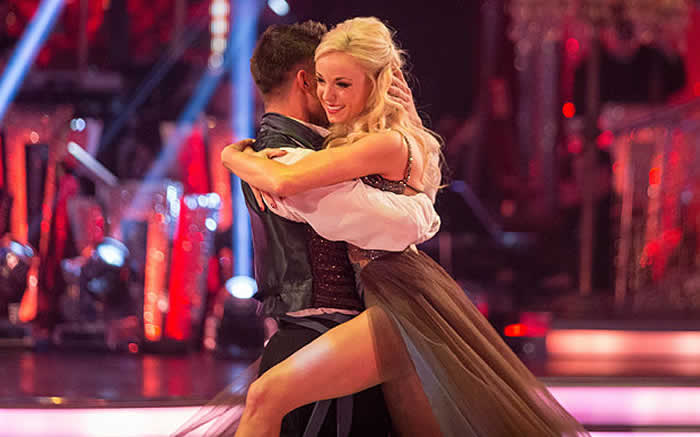 Helen – who was voted off the current series of the show last weekend – said: ”I had a brilliant time on ‘Strictly’, so I’m very excited to continue my journey and have the chance to show off some of my favourite dances to audiences on the UK tour.”

Jay – who is set to compete in the semi-final with professional partner Aliona Vilani this weekend – is also looking forward to returning to the dancefloor. He shared: ”I’m used to performing in front of massive crowds when touring with The Wanted, but performing with Aliona on the ‘Strictly Live Tour’ will be a totally different experience.

”I’m loving my time on the TV series, but the idea of being back out in front of live arena audiences is something I’m very much looking forward to.” Helen and Jay join fellow 2015 contestants Anita Rani and Georgie May Foote – who are also in this weekend’s semi-final – and TV chef Ainsley Harriott.

‘EastEnders’ actor Jake Wood and The Saturdays singer Frankie Bridge – who competed on the show last year – complete the line-up. Frankie – who was unable to take part in the tour last year due to morning sickness – said:

”I was so disappointed not to be able to perform in this year’s Strictly Tour, as I’d been so looking forward to continuing my ‘Strictly’ journey. ”But following the birth of my son in August, I’m thrilled to have been asked to join the 2016 tour.”

8 Cruel Things Men do to Women