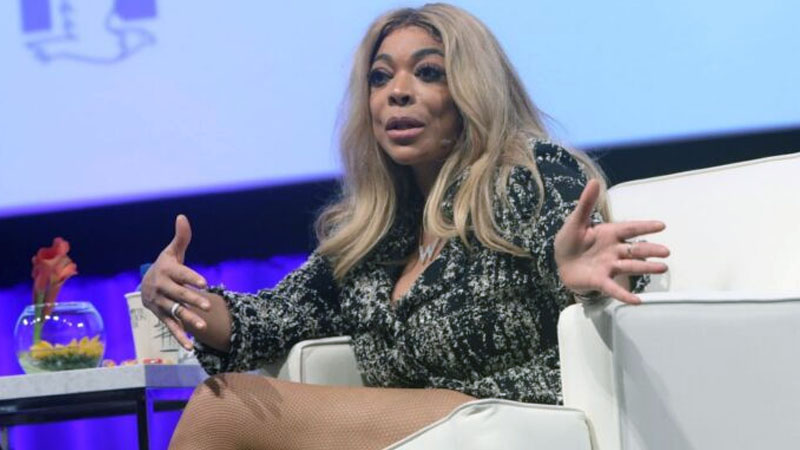 Wendy Williams is seeing green red. After her bank froze her accounts and claimed she required guardianship, the ailing talk show host demanded access to her money on Friday.

Williams, 57, filed an affidavit in New York Supreme Court in support of her attorney Celeste N. McCaw’s request for a temporary restraining order against Wells Fargo, referring to the financial adviser who expressed concern for her well-being as a “disgruntled” former employee.

“This request for relief arises from, among other things, Wells Fargo’s failure and refusal to reopen my personal, business, deferred compensation, and investment accounts and unfreeze my financial assets, which has caused and is causing imminent and irreparable financial harm to myself, my family, and my business,” Williams wrote in court documents exclusively obtained by Page Six.

“For more than two weeks, Wells Fargo has repeatedly denied my requests to access my financial assets, which total over several million dollars,” she continued. “I have submitted multiple written requests to Wells Fargo and I have visited various Wells Fargo branches in the South Florida area in an effort to resolve this matter outside of the courtroom.”

The “Ask Wendy” author alleged that she has “defaulted … on several billing and financial obligations, including, but not limited to, mortgage payments and employee payroll” as a result of being unable to retrieve money from her bank.

Wells Fargo said in court filings previously obtained by Page Six that it had decided to freeze Williams’ accounts after financial adviser Lori Schiller alleged she was “of unsound mind,” which the TV personality denied.

Williams claimed in her affidavit that she had terminated Schiller “as a result of her improper conduct in relation to my accounts,” adding, “It appears that Schiller was and is disgruntled by this decision for a potential change in direction, and it saddens me that [Wells Fargo] and I have not been able to resolve this controversy amicably.”

Schiller did not return Page Six’s request for comment, but a spokesperson for Wells Fargo said in a statement Sunday, “Wells Fargo’s priority is the financial well-being of Ms. Williams and the preservation of her privacy. As we have expressed to the court, Wells Fargo is open to working with Ms. Williams’ counsel to release funds directly to her creditors for bills historically and regularly paid from her accounts.”

Williams, who has not hosted her daytime talk show since July 2021 due to ongoing health issues, signed her affidavit as “Wendy Hunter” in front of a notary public, using her former married name.

The filing came one day after Wells Fargo’s attorney David H. Pikus claimed in a letter to Judge Arlene Bluth that the bank was “concerned about [Williams’] situation” and asked the court to “appoint a temporary guardian or evaluator to … ensure that [Williams’] affairs are being properly handled.”

Pikus said the bank “has strong reason to believe” Williams is an “incapacitated person” who is a “victim of undue influence and financial exploitation.” A spokesperson for Wells Fargo previously denied “any allegations of improper actions with respect to Ms. Williams’ accounts.” Judge Bluth has yet to decide whether to grant or deny the restraining order request.