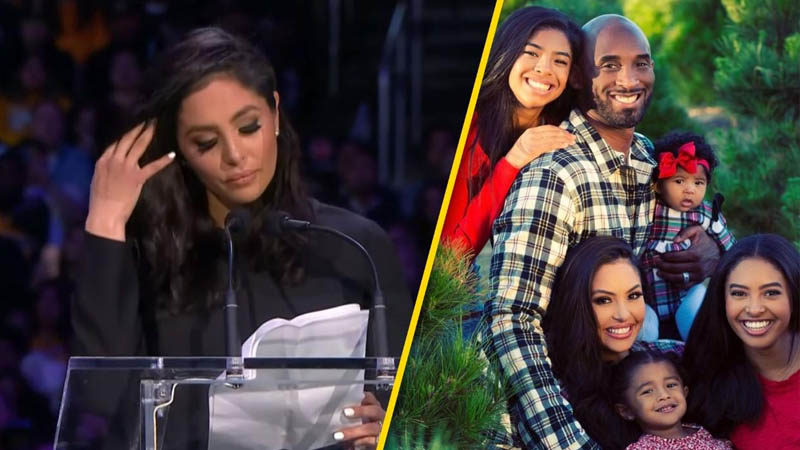 The single-story home is a few miles away from Vanessa Bryant’s main residence in Newport Coast. Vanessa Bryant has listed an investment home she owned with late husband Kobe, asking nearly $2 million for the Irvine, Calif. property.

According to the Los Angeles Times, the pair bought the home in 2013 and it is currently on the market for $1.995 million.

The single-story residence, listed with Jordan Cohen of RE/MAX One, is a few miles away from Vanessa’s main home in Newport Coast. It sits on a cul-de-sac inside the gated community of Summit at Turtle Ridge.

The Tuscan-style home, which Vanessa and Kobe kept as an investment, boasts over 2,300 square feet of living space and features three bedrooms and two-and-a-half bathrooms. The living room leads into a spacious kitchen complete with a large limestone island with a Spanish tile backsplash, the Times reported.

Lush greenery surrounds the brick home that also includes a stone patio with a brick fireplace and an in-ground spa.

Last month, the late Lakers player’s childhood home outside Philadelphia was put up for sale for the first time since his parents sold it in 2008.

The NBA legend, who tragically died in a helicopter crash in January, spent much of his childhood abroad in Rieti, Italy, where his dad was playing professional basketball, but moved back to the U.S. when he was 13. When the family relocated to Wynnewood, Pennsylvania, they moved into this Colonial-style house where Kobe spent his middle and high school years.

That home is asking $899,900 and is listed with David Wyher of Compass.

Men’s Fashion Trends You Need To Know In 2021

4 Ways How to Survive Terrible Coworkers

Why People think Kourtney and Scott are Back Together