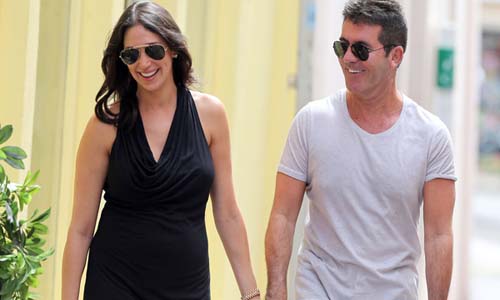 Simon Cowell and Lauren Silverman are reported to be renting a Hamptons property for the summer and are looking for a permanent home in New York City. The happy couple and their three-month-old son Eric will be making the most of their first summer together by renting an exclusive Bridgehampton property for the holiday season.

The ‘X Factor’ boss and his girlfriend are also looking at finding a more permanent abode in New York City and were seen searching for the perfect pad on the Upper East Side, near where Lauren’s seven-year-old son, Adam, lives with his father, Andrew Silver man. The New York Post newspaper’s Page Six column claims the couple have scrapped plans to find a home in Miami in favour of New York so they can be closer to Lauren’s son following the dramatic upheaval of his family life last year, when his mother’s affair with Simon Cowell was unmasked due to her pregnancy.

Meanwhile, Simon’s friend and ‘Britain’s Got Talent’ colleague Amanda Holden thinks the music mogul is going to propose to the socialite in the near future and predicts they will expand their family. She said: “I do [think they will get married]. And I think they’ll have more children too, because he loves it. “Simon definitely should ask Lauren Silverman  to marry him. He shouldn’t let her get away. Lauren’s such a good influence on him.” -femalefirst