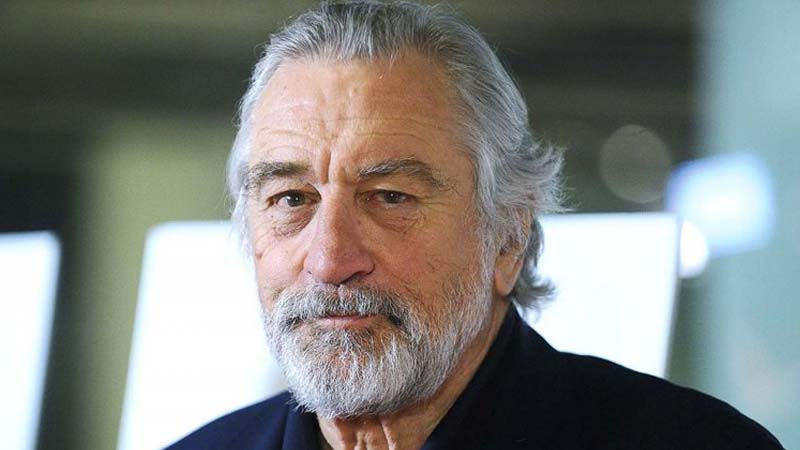 Amid his home quarantine, a bearded Robert De Niro dropped into The Late Show via video chat on Wednesday. During the interview, the actor talked about remaining active at home, offered his thoughts on the current administration’s response to the virus, and considered who he would play in a pandemic-themed movie.

“You’re looking very distinguished,” Colbert said as he greeted his guest, who was sitting behind a fireplace.

At the top of the interview, the late-night host asked De Niro what has characterized his time in quarantine, to which the actor gave a summary: “Read scripts, on the phone, work out, try to stay alive.” Elaborating, De Niro said that he’s been lifting weights “to keep bone mass strong” and doing a lot of cardio and other routine exercises such as using a treadmill.

Colbert later hypothesized that there will be a movie made about the pandemic one day, and asked De Niro which real-life figure he would like to play. “Cuomo,” said De Niro, referring to New York Governor Andrew Cuomo. “He’s doing what a president should do,” added the actor.

“Could you see President Cuomo?” Colbert asked. “Yes, I could see it,” replied De Niro. He went on to say that he’s rooting for Joe Biden and wants everything to go well for the Democratic candidate, but that Cuomo “is doing a great job.”

Calling the pandemic “a national tragedy,” the actor expressed his disappointment in the current administration’s attempts to control the coronavirus outbreak. “Pandemics have been in the world before and people survived them,” he said, labeling the President an “idiot” who largely ignored many of the warning signs. “It’s appalling,” said De Niro, referring to the whole situation. “It’s all about him getting re-elected. I have no words for it anymore. I’m nonplussed. Dumbfounded…”

Continuing the subject, De Niro went on to question why the people who surround Trump are not taking steps to improve things. “His enablers are not doing anything, not standing up to him. What could be worth it for them to sacrifice their souls to make this deal with the devil?”

Moving on to a lighter topic, Colbert and De Niro briefly discussed the summer drive-in series that has been launched by Tribeca in partnership with Imax and AT&T. “Drive-ins are my generation,” said the actor, adding that the events will be taking place all over the country.

Before De Niro signed off, Colbert asked him what “comfort-food movies” he’s binged during quarantine. While the actor admitted that he has an “endless” list of movies to see, he’s mostly been focused on watching the news. “I just watch the news, I like to get upset,” he joked. “What form of abuse are we as Americans experiencing [with this administration]?” he asked.

De Niro went on to explain that he’s “concerned” as a citizen about what’s happening, therefore the news grabs his attention.

Make Treats for your Bird Pets