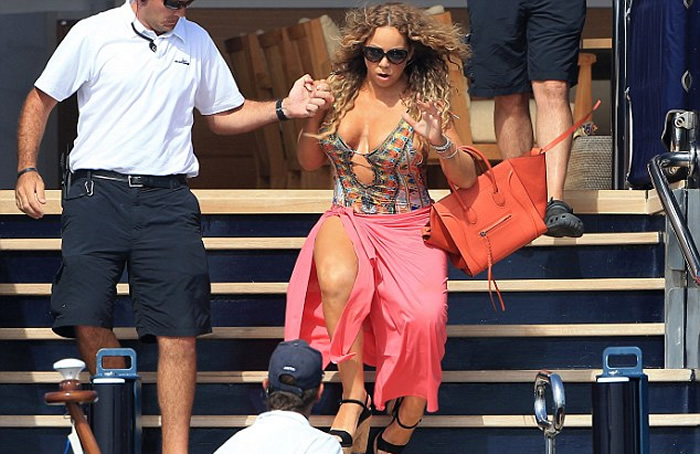 He hasn’t been able to keep his hands off her since she boarded his mega yacht a few weeks ago. But the one time Mariah Carey was probably wishing her beau James Packer would come to her aid and scoop her up in his arms, is the one time he sat back while she took a tumble. 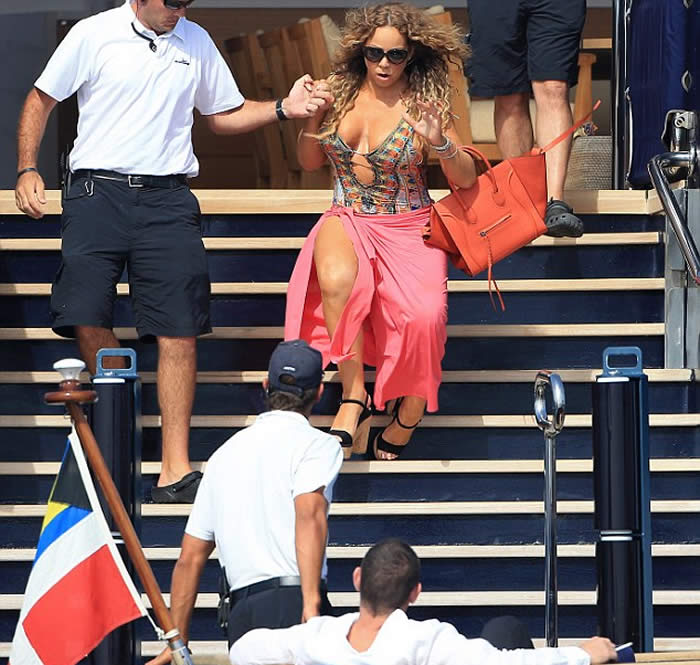 The 47-year-old billionaire was busy soaking up the rays on a small boat off his Arctic P vessel in Formentera, Spain on Wednesday, when the pop diva tripped down the stairs in a pair of killer heels. However, the 45-year-old singer wasn’t left to fall flat on her face, as James’s trusty deckhand dived in to rescue her – just as her ankle gave way in her block heels and her skirt blew up with the wind.

Mariah did, however, manage to fall in style, dressed in a provocative Camilla swimsuit featuring a plunging neckline and risque cut out while on her way to lunch with James. 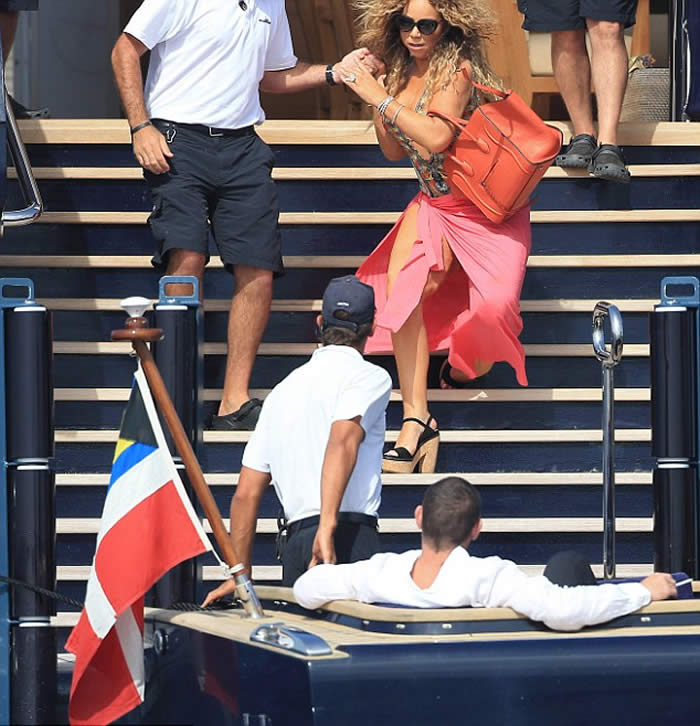 A pink sarong was tied loosely around her waist and an orange handbag looped over one arm as her long caramel curly locks gently caressed her upper torso. The rest of the outing appeared to go without a hitch as the couple was whisked across the sea to dry and more solid land where their lavish lunch awaited.

The Hero hitmaker looked happier than ever as they rode the waves, feeling the warm summer breeze blow through her tresses and across her flawless face. The curvaceous babe took her split from her Nick hard and, during a Christmas concert in New York last year, broke down in tears as she attempted to sing Hero to a packed out audience. 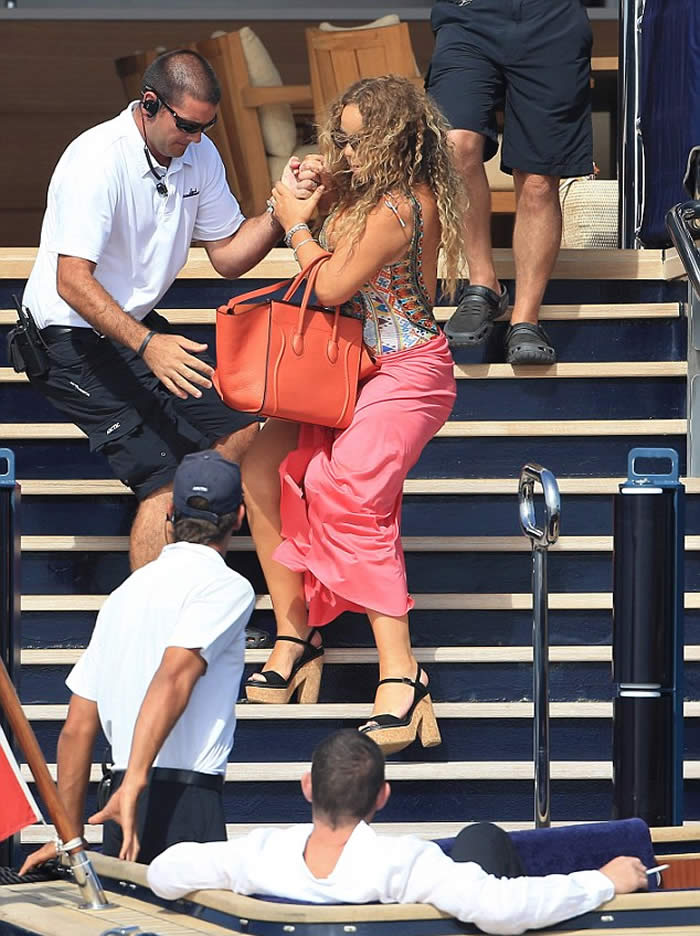 Nick has since reportedly signed a deal to write a tell-all book about their turbulent marriage after the pop diva rejected his repeated demands for a $30 million divorce settlement. Prior to Nick, Mariah was married to Tommy Mottola from 1993 until 1998.

James has also had his fair share of relationships as after Jodhi the billionaire tied the knot with second wife Erica before calling it quits in 2013 following six years of marriage. The couple share young children, Emmanuelle, two, Jackson, five, and Indigo, six. He’s also been romantically linked, on a number of occasions, to Miranda Kerr.