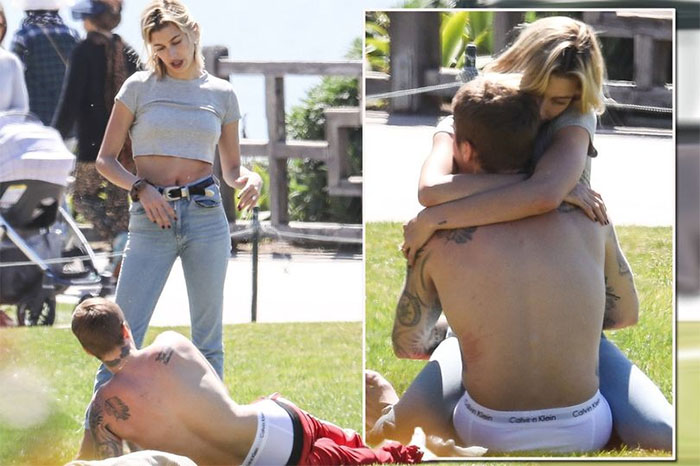 Justin Bieber was comforted by his wife Hailey as they took a trip to Newport Beach, California. The 22-year-old model – formerly Hailey Baldwin – leaned over and cuddled her spouse tenderly as he sat on the grass with his head hung low, looking clearly upset.

Baby singer Justin, 25 – who has reportedly been struggling with anxiety and depression – rested his head on his wife’s as she sweetly put an arm around his neck and held him close. The pictures were taken as the married couple took their dog Oscar to a park for a walk. 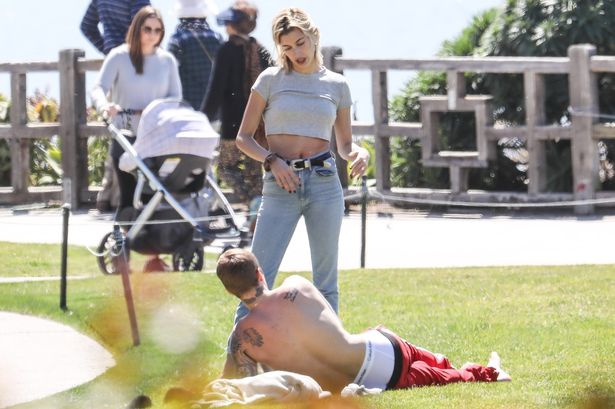 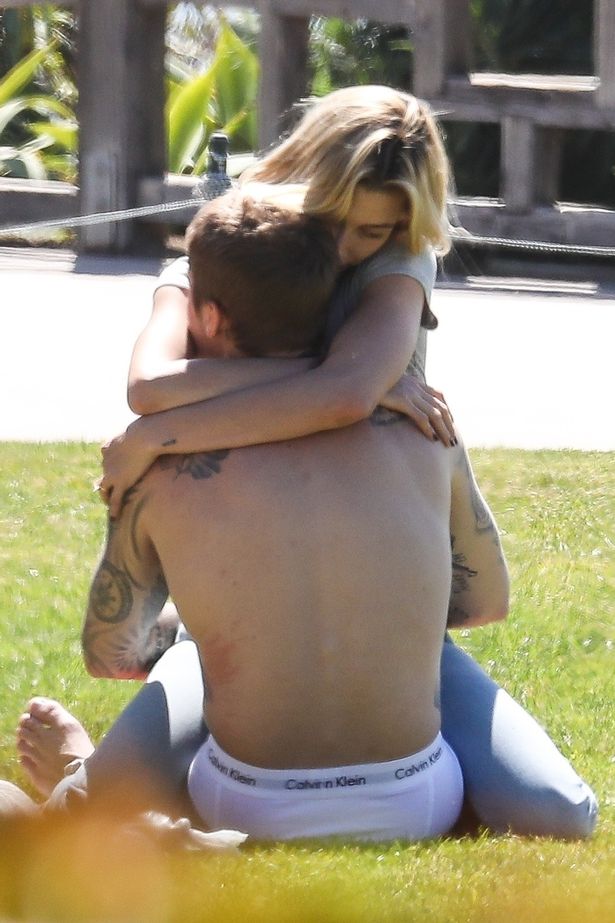 Hailey sported a grey crop-top and a pair of blue denim jeans for the outing, while a topless Justin sat motionlessly in a pair of red tracksuit shorts, with his Calvin Klein underwear on full display.

Two days earlier, the pair were seen on another outing together, where Justin was also reported to be looking sad. An insider told Mail Online : “Justin seemed pretty depressed at the start of the day. “He was really sad and at first, he was hardly talking to Hailey, she was just lying on her lounger reading the bible”. 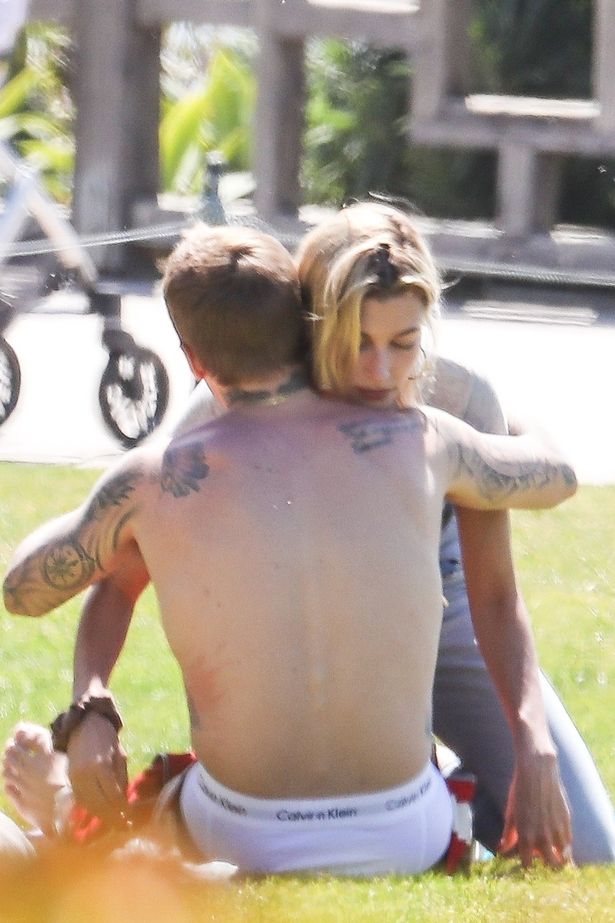 The source added that Justin seemed “noticeably bummed” until his mum Pattie Mallette showed up to join him and his wife. The downcast outings come amid reports that the newlyweds have postponed their wedding ceremony for the fourth time.

While the young couple tied the knot in New York courthouse in September, they are yet to have a lavish ceremony with all their loved ones in attendance.  A source told People : ‘They will still have a wedding eventually, but this is not their focus right now. ‘They haven’t sent out any new save the dates. They will wait until Justin feels better and is excited about planning their wedding again”.

The 5 Most Effective Ways to Regrow Thinning Hair

What to Do if Your Guy Sleeps After Sex