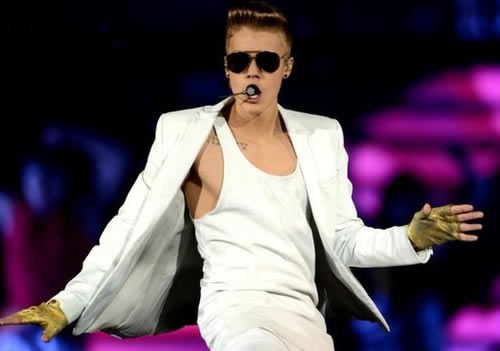 The 19-year-old singer is planning to keep himself occupied during his trip the United Arab Emirates city to play two concerts at The Sevens Stadium on May 4 and May 5 by having back-to-back lessons over two days while he relaxes and takes advantage of some “much-needed” alone time. A source told The Sun newspaper: “Justin’s behaviour has been getting a lot of attention over the past couple of months, so his team are keen to keep him under the radar in Dubai.

“It was very strict rules on lots of things and they want to make sure he isn’t made an example of. They have hired out an entire golf course for two whole days to give him much-needed privacy as well.” As well as the golf course, the Canadian star’s team have contacted the Wild Wadi and Aquaventure water parks before his visit and requested them to be closed off for his own personal use to cool off and not be mobbed by fans.

A source recently said: “The hordes of girls trying to get on a slide with Justin could lead to disaster, so both parks have been contacted to discuss giving him full access for a day.” –

Demi Lovato gets engaged to Max Ehrich: ‘I’m honored to accept your hand in marriage’