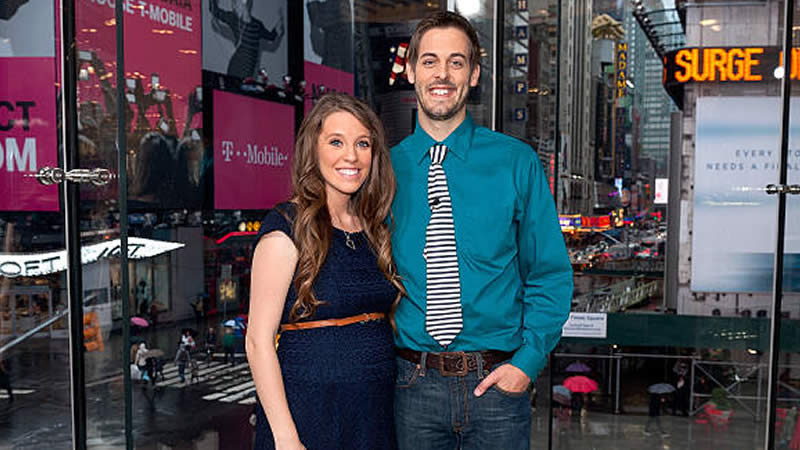 The shocking charges were made in a 2017 lawsuit filed by Jill and her sisters Jessa, Jinger, and Joy-Anna against the City of Springdale and police department officials.

In 2015, after Jim Bob alerted local authorities that their disgraced brother Josh had assaulted five juvenile girls, police reports were released to the public. Jill and Jessa identified themselves as two of his victims.

The sisters later claimed the records’ release caused them “extreme mental anguish and emotional distress,” but the case was dismissed by a judge.

Jill said in the documents that her relationship with Jim Bob altered after she married Derick Dillard and began forging their own path.

“I saw a whole new side to my dad once my husband and I started making decisions that were best for our family, but not in his best interest,” she said, per The Sun.

“Sadly, I realized he had become pretty controlling, fearful, and reactionary,” Jill continued. “He was verbally abusive. Our relationship is not good. It got pretty toxic.”

She and Jim Bob were texting “occasionally” on a family group thread at the time, which is where she wanted to keep it, according to the soon-to-be mom of three. “It isn’t good for my mental health right now,” she added.

As per Daily Mail, it was said that she and Dillard had to acquire permission from her father before coming over and that Jim Bob didn’t approve of some of her decisions, such as wearing a nose ring or wearing jeans.

Following the revelation of those data, Jill often felt “emotionally overwhelmed and prone to tears,” according to a preliminary psychiatric opinion on her.

Jill has been outspoken about her desire to distance herself from her family in recent years.

She and her husband also announced last month that they will be moving from their Lowell, Arkansas, home and are looking forward to a new beginning.

Josh, who was found guilty in December on unrelated child pornography charges, will be sentenced soon for his crimes. His trial is set for May 25.

Tamar Braxton Speaks about Her Relationship As Rumors Flew She Is Back With David Adefeso: “You don’t know that”