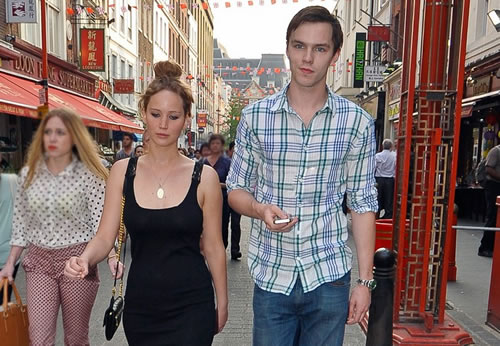 Jennifer Lawrence and Nicholas Hoult are back together. The couple – who split in January after two years of dating – had remained friends and after spending time together on the set of ‘X-Men: Days of Future Past’ recently, they decided to give their relationship another chance.

A source told Us Weekly: “They started the shoot in April as just friends and then one day they started kissing. One thing lead to another and they hooked up. All her old feelings came rushing back. Jennifer has been telling people she’s in love again.”

The reconciliation will not come as a surprise to fans, as in an interview shortly before their break-up, Jennifer, 22, gushed about her feelings for Nicholas, 23. She said: “He is honestly my best friend, and hopefully I’m his best friend, too … I love being around him and he makes me laugh harder than anybody.”

The ‘Jack the Giant Slayer’ star also repeatedly praised his ex in public, congratulating her on her Best Actress Oscar win in February. He said: “I’m very, very happy for her.”

The Most Expensive Chess Set in the World