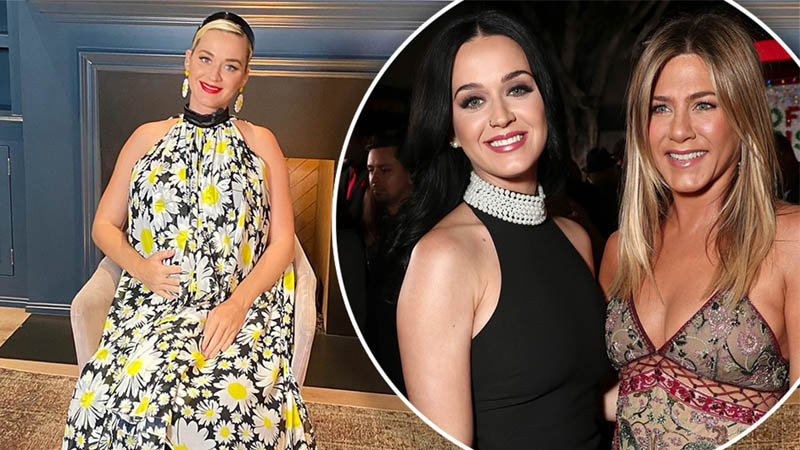 As Katy Perry is almost on the brink of embracing motherhood, the vocal powerhouse has chosen the crowd-favorite Jennifer Aniston as her baby’s Godmother.

According to a report by The Sun, the Friends star, 51, was overwhelmed with emotions when the soon-to-be parents Katy Perry and Orlando Bloom asked her to be their impending daughter’s Godmother.

“[Jennifer] is pretty chuffed about it as well and cried when they asked her,” said an insider close to the three public figures. As per the grapevine, The Morning Show actor topped their list of potential godparents and had “wept” when she was told.

It was further revealed that the actor had been one of the biggest emotional support systems for the Teenage Dream singer through the course of her pregnancy.

“Katy and Jen are very close. During lockdown they went for socially distanced walks, and spent lots of time catching up,” revealed the source.

Aniston is already the Godmother to another star kid as her Friends costar and close friend Courteney Cox had also handed over the role to her for her 16-year-old daughter Coco.

Jennifer Lopez shares candid video of herself floating around her pool

Brad Pitt, son Maddox have no relationship, do not see each other: sources