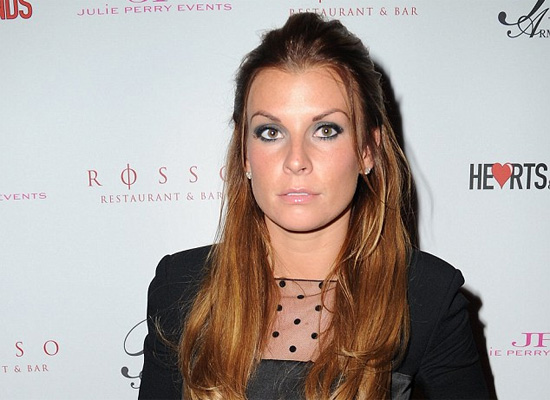 Coleen Rooney has worked diligently to get her figure back to peak condition since the birth of her second son, and the results speak for themselves.

The 27-year-old Liverpudlian looked slimmer than ever in a chic LBD with a sheer polka dot neckline at the Hearts & Minds charity event at Rosso restaurant in Manchester on Wednesday evening.

The wife of Wayne Rooney only gave birth to their second son Klay, in May, but already looks to have lost her baby weight, exposing her toned legs in the LBD.

She accessorised her the outfit with a red clutch bag and pointed red stilettos for the event which aims to raise as much money as possible for the autism charity. 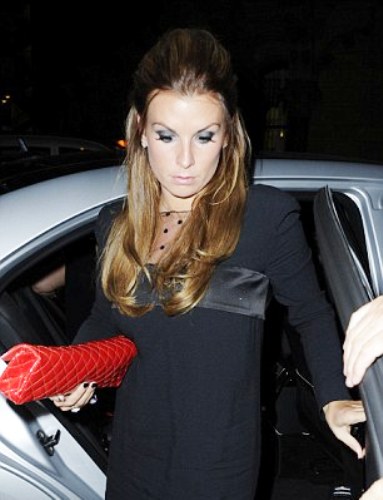 Coleen has been a regular at the Techno Shape classes which promise to ‘transform the body’s ability to burn fat around the midriff, results include a flatter stomach, slimmer waist and firmer skin.’

And just four months after giving birth to Klay it appears she has already snapped back into shape. 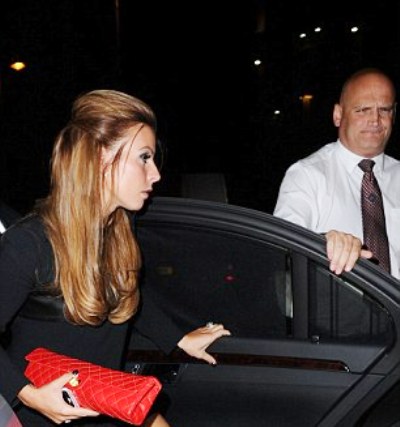 Coleen wore her brunette locks loose and blow-dried straight, tying back the front strands back into a small ponytail. She opted for a dramatic smokey eye look, with grey eyeshadow and black eyeliner whilst sticking with a light blush and nude lipstick.

Scott Disick and Sofia Richie Break Up After 3 Years