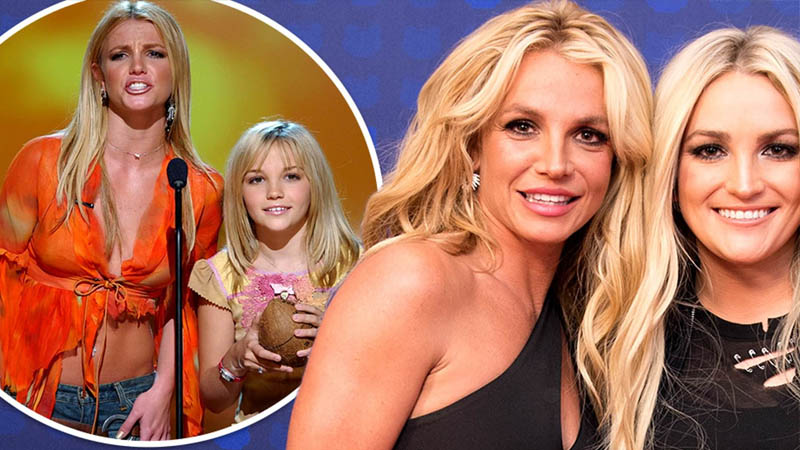 Jamie, who is the younger sister of Britney Spears, already has some say over the singer’s finances after being named a trustee of her estate in 2018.

She, in a court filing last week, asked for control of money stored in a trust fund, which was established by the singer in 2004 to protect her children’s future.

Britney’s sister has requested the money should be moved into accounts for which she is the custodian.

If approved, it would transfer the financial assets of the fund to those accounts and require a judge’s approval to release them.

Britney Spears’ finances are currently controlled by her father, James Spears, who has been his daughter’s legal conservator for more than a decade due to concerns around her mental health.

He temporarily stepped aside from the role overseeing her personal affairs in 2019, citing his own health problems.

Some of Spears’ fans believe she was forced into the arrangement, and have been running a #FreeBritney campaign.

The new court filing does not explain what role it could play in the singer’s protracted conservatorship case.

Britney’s father and attorney have managed her assets and personal life since 2007 after her divorce from Kevin Federline.

That conservatorship has been extended to 2021 despite the singer’s lawyers telling the court earlier this month that she is “strongly opposed” to her father remaining the sole conservator of her personal and financial well-being.

Chrissy Teigen spills the beans on her favourite parenting hacks

Chrissy Teigen Opened Up About Her Growing Friendship With Meghan Markle