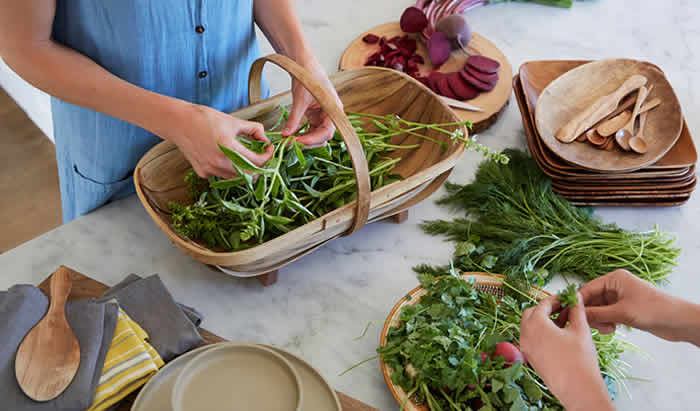 Let’s face it: There are too many food rules out there to keep them all straight. Aside from knowing you’re supposed to shun many processed foods, it’s hard to know exactly which foods are going to be the best and worst for your overall health. There are some general guidelines, which overall include eating a balanced diet that emphasizes natural whole grains, vegetables, fruits, and dairy products. “At every meal, get two or three food groups — choose between whole grains, dairy, fruits and vegetables, and meat and fish,” registered dietitian Claudia Gonzalez told Prevention. “My son, for example, loves cereal, so he has it with milk and a banana, and my daughter might have her yogurt with a little fruit or a slice of whole-wheat bread.” Want to know what other dietitians eat and serve their families? We’ve done a little digging to see what they recommend. 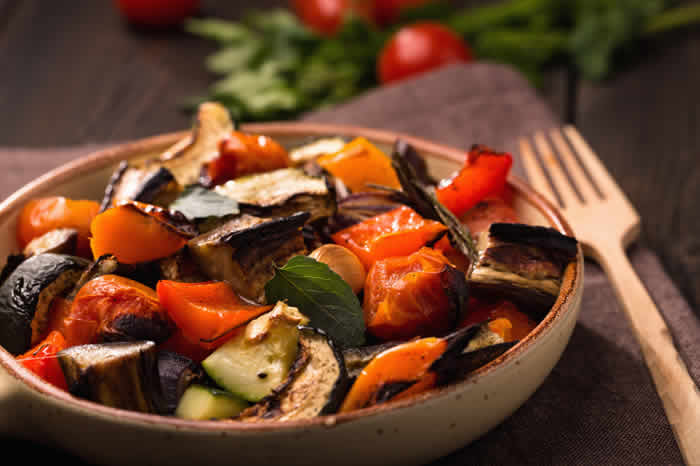 You’ve heard it before, but we’ll say it again: It’s time to really, actually eat your veggies. Harvard’s T.H. Chan School of Public Health came up with a food plate model, and suggests half of your plate at each meal be composed of vegetables and fruits. (Potatoes are the only “vegetables” that doesn’t count because they spike your blood pressure.) Even if you struggle to get adventurous, some staple vegetables are still fantastic for you. Kibbe Conti, a registered dietician featured in the same piece, has studied the eating habits of her Native American ancestors and discovered that using vegetables as the starch in your meal (with beans, corn, etc.) can do wonders for your health. “Native people used to eat beans, corn, and squash, which contain complex carbohydrates that gradually release glucose into your blood instead of spiking your blood sugar,” she said.

Read More: 7 Healthy Foods and Drinks That Can Make You Fat 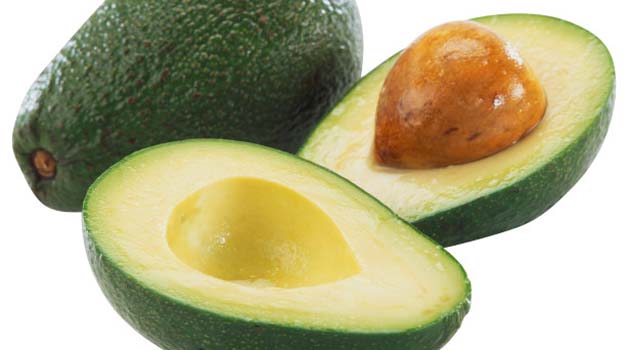 “Every dietitian I know agrees that avocados are a must-eat food,” Carolyn Brown, a registered dietician working in New York, told Redbook. “They are a great source of healthy fats, which help fill you up so you’ll be less likely to want a snack later on. Plus, they taste really decadent. I love putting avocados on my salad; research shows that it helps your body absorb nutrients.” Avocados are good for more than just guacamole and toast, too. If you’re looking to get creative with this pitted food, we have some recipes for you to try. 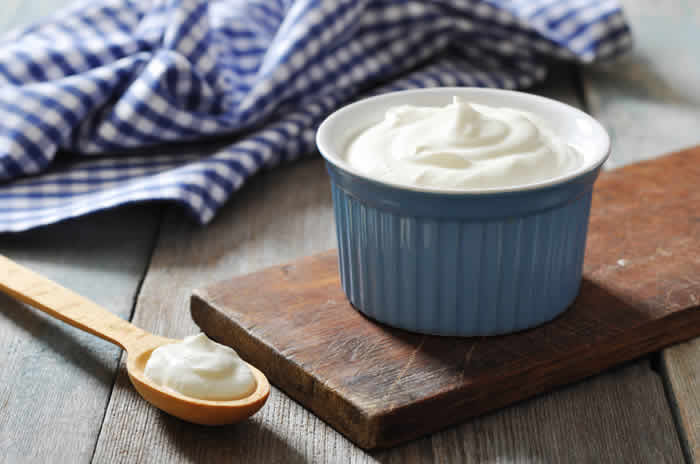 Dairy can get a bad rap in the health world because it can be high in fat, despite plenty of other nutrients. However, Greek style yogurts are strained so there’s less sugar and fat, but significantly more protein. Additionally, Greek yogurt has decreased sodium (which we get too much of) and increased levels of potassium, which help to balance the sodium we eat in other foods. It also contains calcium, vitamin B12, iodine (for helping to control weight gain), and other benefits, Healthline reports. Nutritionists helped Fitness identify the healthiest versions of Greek yogurt as part of the publication’s healthy food awards in 2013. Even though Greek yogurt is always a healthier option than some dairy alternatives, some versions are packed with sugar that diminish its good-for-you impact. Health experts tend to give conflicting advice about many fruits. One will tell you to eat these foods, and another will tell you to cut back on even the natural sugars found in fruit. But berries are generally accepted as a good option, since they’re low in calories and sugars. Blueberries, raspberries, and blackberries are all somewhat more expensive than other fruits in the produce section, but Dr. Yanyan Li, assistant professor of nutrition in the College of Science and Humanities at Husson University, tells WiseBread the splurge is worth it. “Although rather expensive, they are full of strong antioxidants,” Li said. “Antioxidants help remove free radicals that are associated with a variety of chronic diseases and the aging process.” 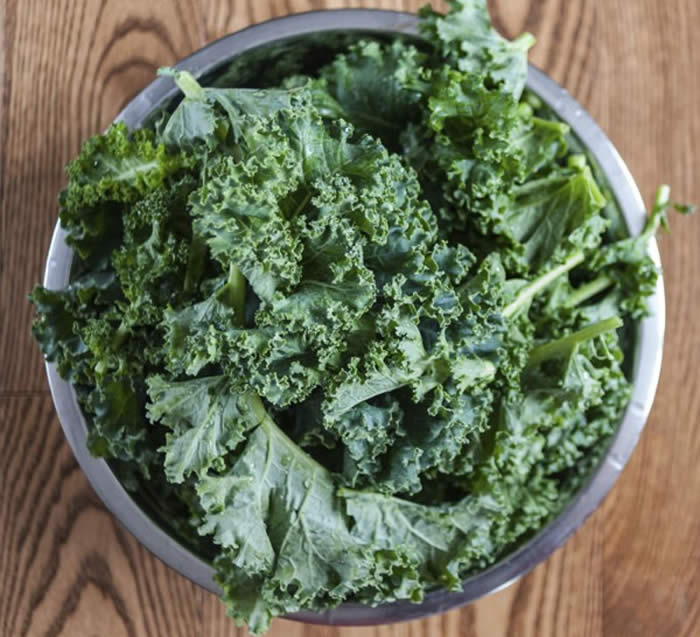 There’s a reason kale makes many nutrition lists, and it’s not all hype. In fact, all cruciferous vegetables (your leafy green brassica veggies like broccoli, Brussels sprouts, arugula, and more) are good additions to your plate. Dietitian Cheryl Harris tells The Washington Post kale is an excellent source of vitamin K, vitamin A, vitamin C, fiber, and carotenoids. It also contains 45 flavonoids with antioxidant and anti-inflammatory effects. “Brassica vegetables are known to help with general health as well as heart disease and cancer, but even among this group kale stands out,” Harris said. One thing to note: digesting kale can be difficult for your body to do, so it’s recommended that you don’t eat raw kale more than once or twice per week. Eating cooked forms (like in many of these recipes) is OK anytime.

Read More: 14 Foods Healthy Eaters Were Obsessed With in 2017 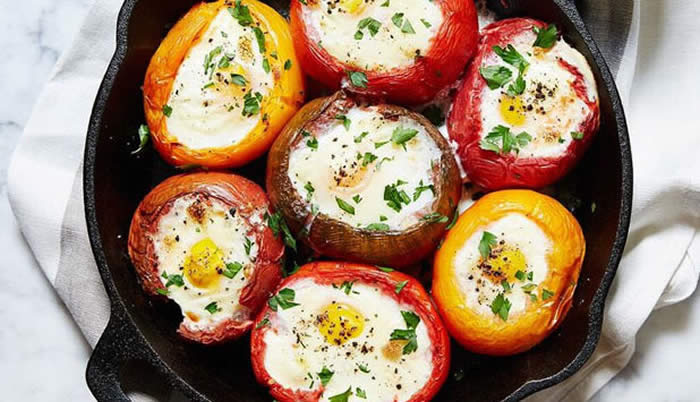 There’s a reason we’re supposed to start our morning with a hearty breakfast. When we make eggs the centerpiece of it — or the focal point of any meal, really — it sets us up for healthy eating habits. “You’ll find a carton of eggs in any R.D.’s fridge, including mine,” Jennifer McDaniel told Redbook. “Eggs have gotten a bad rap due to their cholesterol content, but research shows there’s limited evidence linking egg consumption and heart disease. Plus, this protein-rich food has 70 calories, 13 vitamins and minerals, and the anti-inflammatory nutrient choline, which most Americans need.” It could turn out the influx of coconut products recently is a fad, but it doesn’t need to be, many health experts say. There’s coconut oil, flour, milk, cream, and sugar, and all of them can benefit you. Alexander J. Rhinehart, certified clinical nutritionist, explained it to WiseBread this way: Coconut oil is one of the most versatile substances in the grocery store. It is great for cooking as it tolerates high heat. It is also great for use on the skin and hair, as well as infections. It can also help support the immune system. When you consume coconut oil, some of the lauric acid (the main fat of coconut oil, comprising 50% of it’s composition), actually is converted to monolaurin, which is known to have wide spectrum anti-viral, anti-bacterial, anti-fungal/yeast properties. Adding cinnamon to your morning bowl of oatmeal is easy enough to do, and it’s something many dietitians approve of. “As little as half of one teaspoon of cinnamon daily can have positive effects on blood sugar levels, digestion, immunity, and more,” clinical nutritionist Josh Axe explains on his website. “Stronger doses are also extremely beneficial for improving heart disease risk and cutting your risk for diabetes, cancer, and neurodegenerative diseases.”Among other benefits, cinnamon is known to fight diabetes, promote heart health, and act as an anti-inflammatory agent in your body. Medical experts say additional research is required to know the full extent of those benefits, but cinnamon has also been known as a natural treatment for muscle spasms, the common cold, and other ailments.