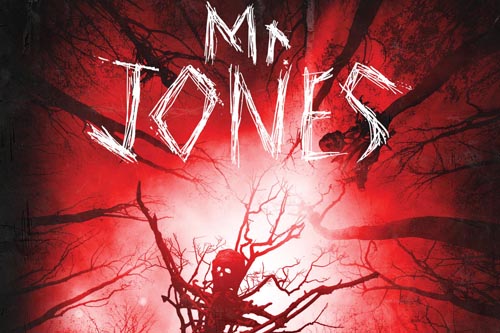 It’s just sitting there, taunting me. Glowing red at the very corner of my screen. I look at the “close window” button, every instinct in my body begging for me to click it. This was all I could think about while sitting through the lion’s share of Mr. Jones. 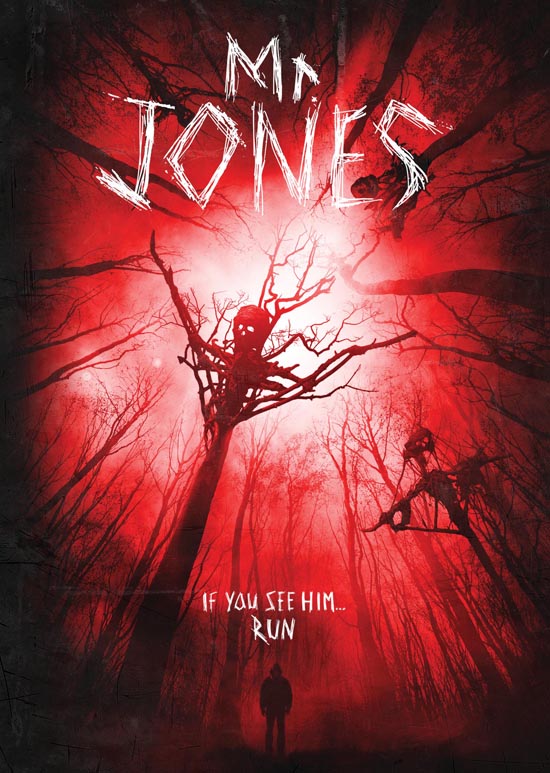 Miss fire, just turn it off and move on. But I persevered, and received a nice reward for sticking by this new horror flick. Mr. Jones stumbles right out of the gate, choosing not to provide the viewer with an opening scare, which causes it to fail to set tension or an atmosphere of horror. But it plays upon this by using one of the trademarks of the slasher genre, setting it in a seemingly safe place; a remote cabin. 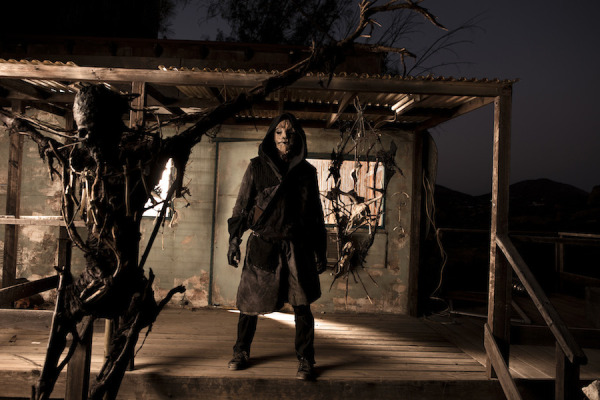 It starts out making the viewer feel safe and slowly dissolves into a world of danger as it progresses. The problem is, it spends way too much time in this safe zone. Very little is done throughout most of the movie to make you feel you are in any danger. I sat comfortably, mostly disengaged with this movie as its first two thirds dragged on forever. It must be noted, absolutely nothing horrific happens in the first two thirds of this movie. 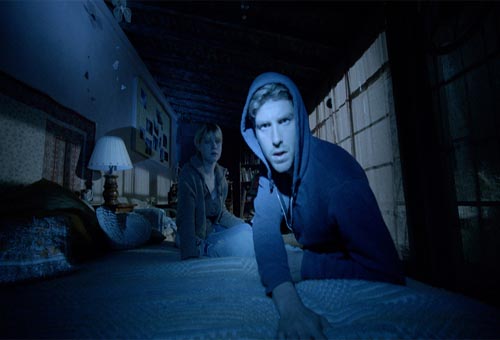 However, at about the 67 minute mark, this film takes a sharp turn into the realm of the frightening. This thing packs a monster of a climax and provided two identifiable scares that chilled me to my very core with creepy imagery. I won’t ruin anything, but I will say that I am now afraid of red lipstick. 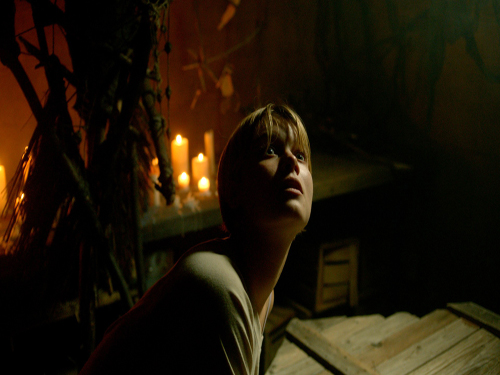 It was so refreshing to see a modern indie horror film go after quantifiable scares, breaking with the current trend that has seen movies that are less focused on physically frightening the audience. What really carried most of this film is that it is so immaculately shot. Director of photography, Matthew Rudenberg, came up with so many dazzling camera angles that I was constantly anticipating more; which is how I spent most of my time waiting for something scary happen. Filmicallly, it is the main selling point of this film. 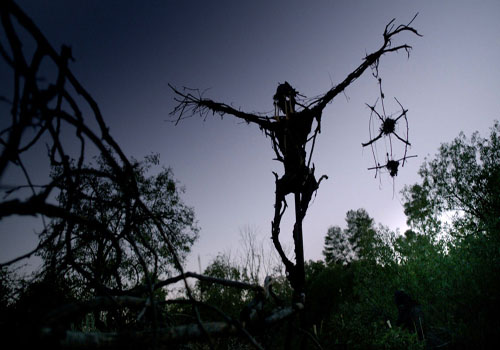 This was very much a film of contrast. The first two thirds feels like a traditional narrative driven piece. It’s last third is more art house fare, flashing images and playing with the visuals. Where the first part was based on minimalism, its climax featured heavy use of medium manipulation, utilizing sharp lighting and experimenting with darkness. Watching Mr. Jones feels very much like watching two movies. The problem is, the first movie isn’t very good, but if you’re willing to sit through it you will be rewarded with something remarkable. -horror-movies