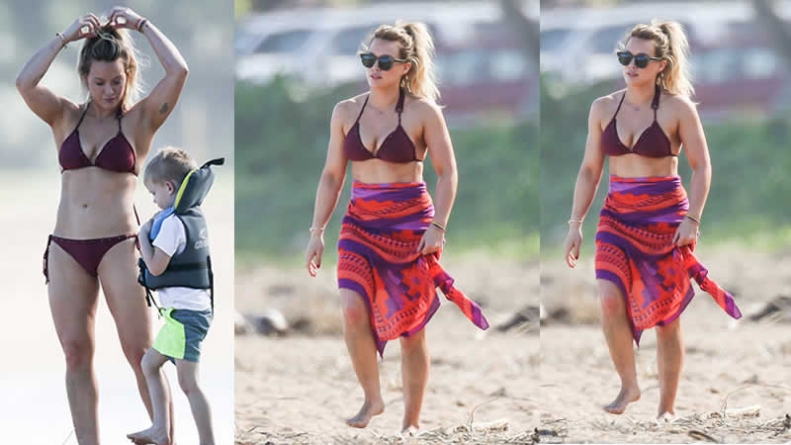 Hilary Duff shows off her toned torso in a bikini as she larks around with son Luca in the Hawaii surf.

After spending a snowy Christmas in Canada with son Luca, four, Hilary Duff headed to the glorious sunshine of Hawaii for New year. 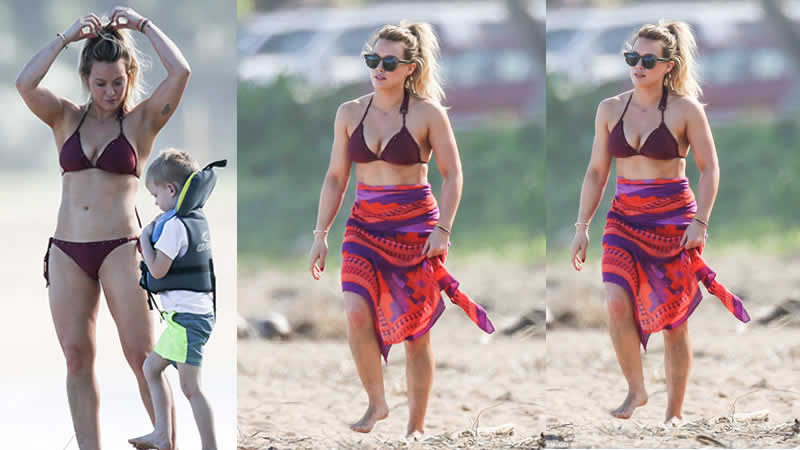 And on the first day of 2017, the doting mom was seen enjoying a beach day with her only child. The tot, whose dad is Canadian retired hockey pro Mike Comrie, held his famous mother’s hand as the two ventured into the surf. Hilary, 29, looked stunning in a burgundy bikini that displayed the results of her workout regimen. 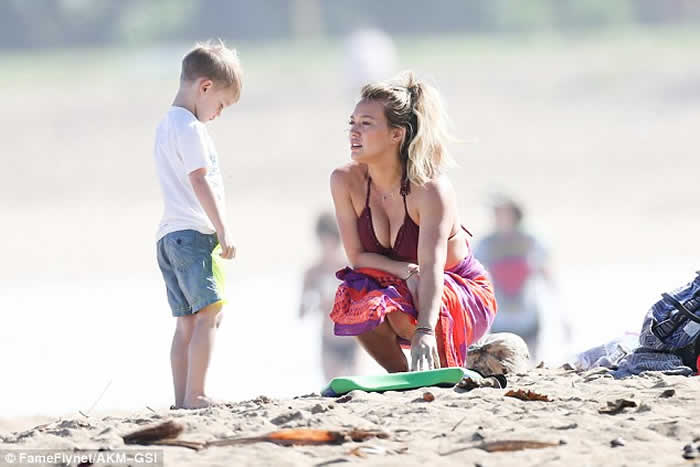 Luca, meanwhile, was more covered up in a t-shirt and board shorts. He also had on a life vest that included a head cushion.

Later, she shared a photo to her Instagram showing Luca grinning as he tucked into a Hawaiian shaved ice treat. He sported a black baseball cap with a yellow Smiley on the front and a black singlet with the logo ‘Relax’ across the front. 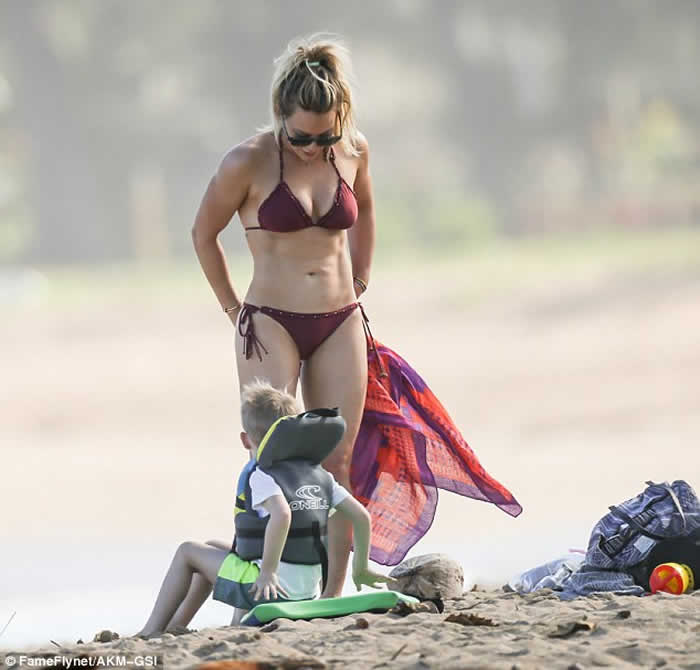 Hilary was 22 when she wed her now ex-husband and gave birth to their son two years later. She and Comrie split in 2015 and their divorce was finalized in February. Currently starring in TVLand’s sitcom Younger,

She has previously spoken about feeling ‘guilty’ when she’s busy focusing on her career now she’s a single mom. 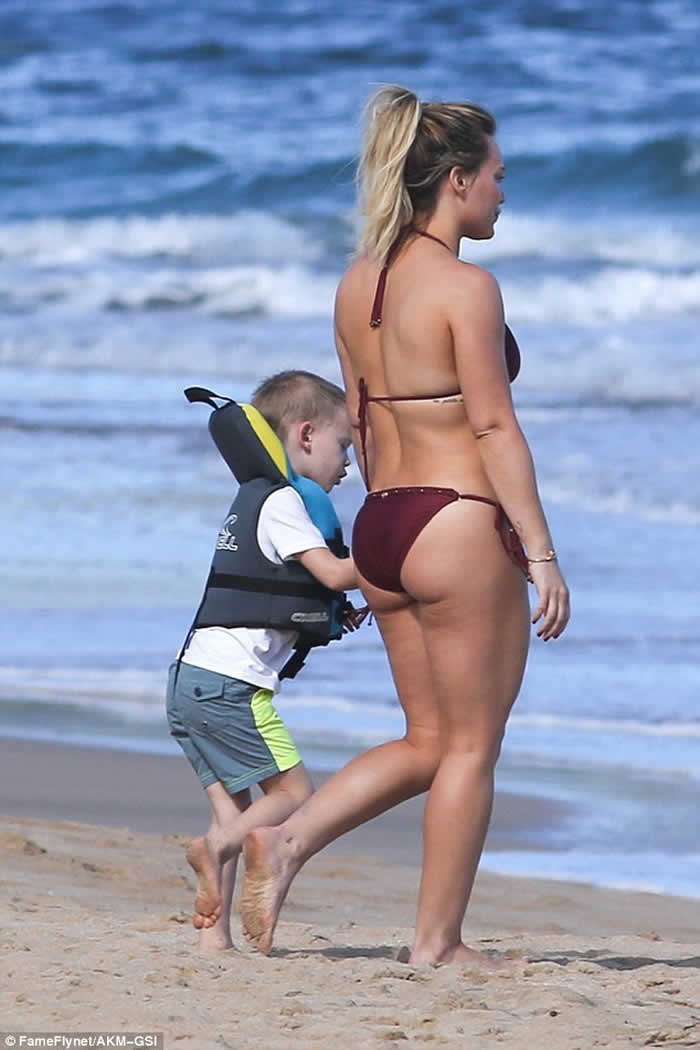 She’s also said motherhood has limited the kind of Hollywood roles she’s offered. ‘I feel like I was judged for having a baby too soon and getting married too soon,’

Read More: Get a Bikini Body in 4 Weeks: The Workout Plan

The 29-year-old star said during an appearance on TV’s The Talk a few weeks ago. ‘Now I’m pigeonholed for being a mom.’ 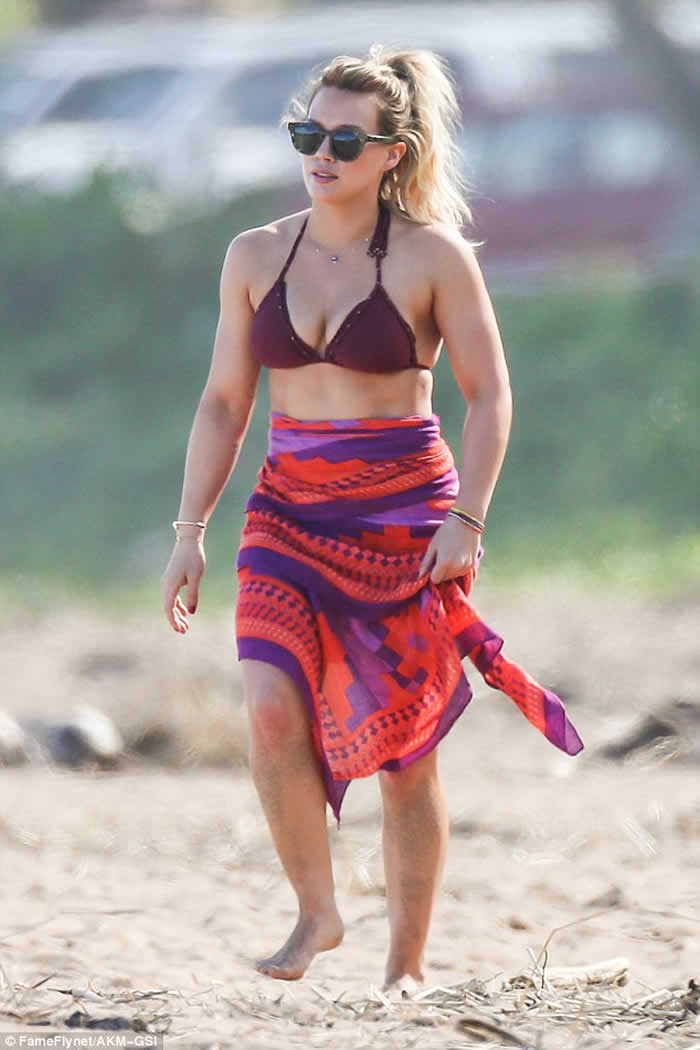 Hilary was also spotted enjoying a surfing lesson on the Hawaiian island of Kauai. And 24 hours earlier, she’d found time to share an upbeat message with her fans on before ringing in the New Year.

She shared a message in the sand that read: ‘Everything is going to be awesome’. 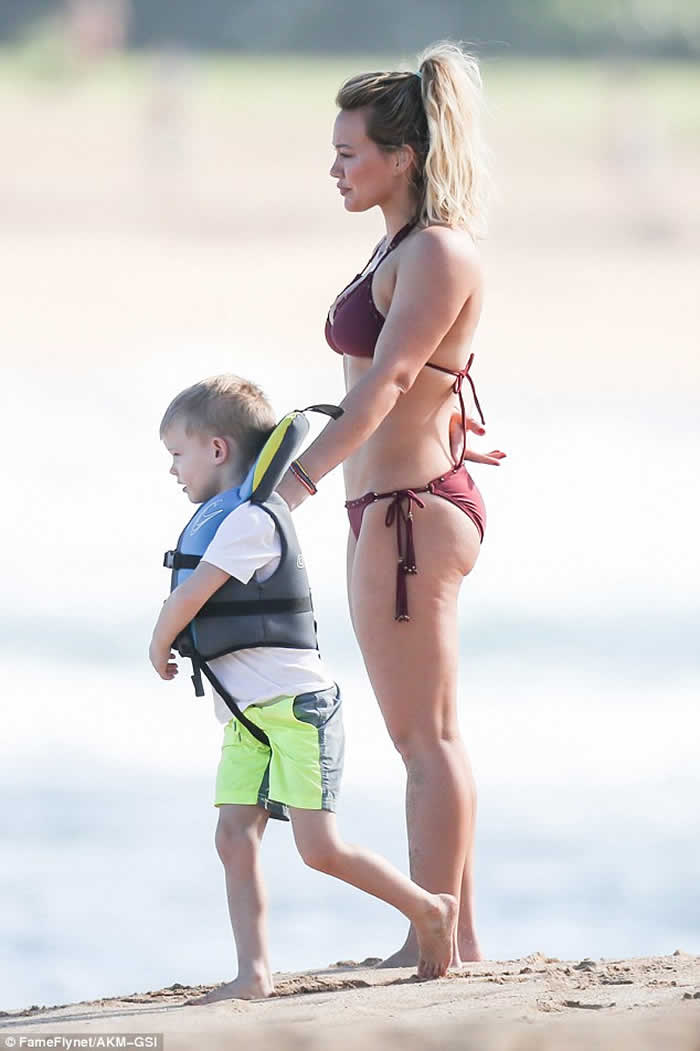