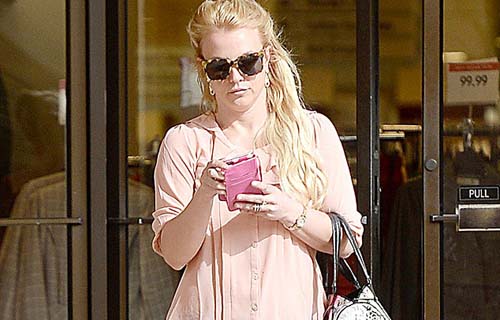 Britney Spears nails off-duty chic in peach blouse and towering heels as she hits the shops in LA. She changes into a variety of racy outfits when hitting the stage in Las Vegas for her residency. But Britney Spears kept it more prim and proper as she visited the Westfield Topanga Mall in Canoga Park, Los Angeles on Thursday.

The 33-year-old singer sported a peach button-up blouse with a ruffled collar paired with dark blue jeans. The Gimme More hitmaker strut her stuff in towering high-heeled ankle boots emblazoned with studs and carried a black and white snakeskin print purse. She wore her long blonde hair partially swept back and alternated between two different pairs of sunglasses. 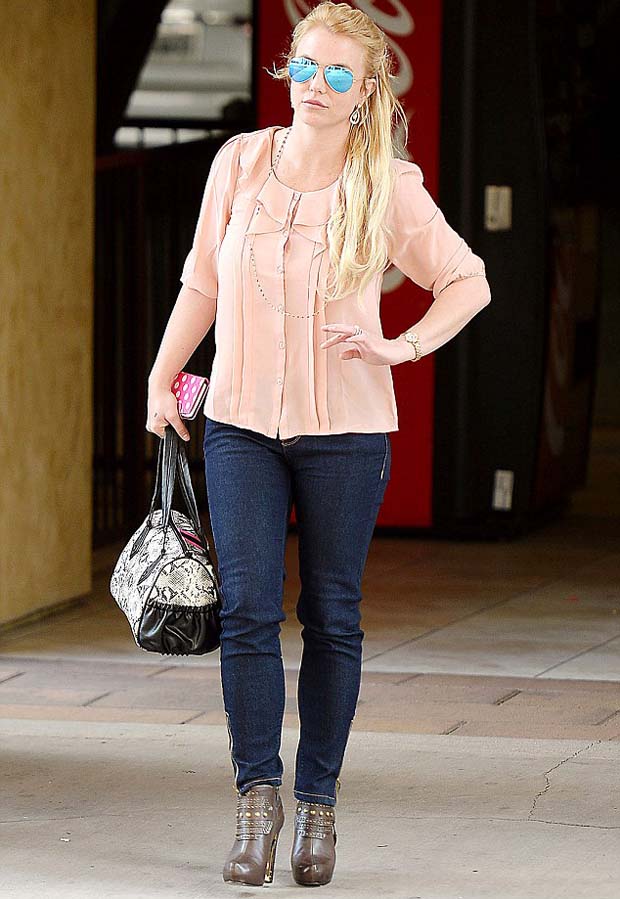 That day, Britney Instagrammed a photo of a black and white mug, featuring the quote: ‘Life begins at the end of your comfort zone.’ The blonde beauty has had a few weeks off from her Las Vegas Piece Of Me residency, but is gearing up to head back for her next show on Wednesday, January 28.

Getting back on stage will be a good way to take her mind off things, if she is still reeling from the sudden death of her ex-boyfriend, John Sundahl, who was just shot dead by the Taliban in Afghanistan. Britney and John reportedly met at Alcoholics Anonymous in Los Angeles in 2007 and it has been claimed they briefly dated. 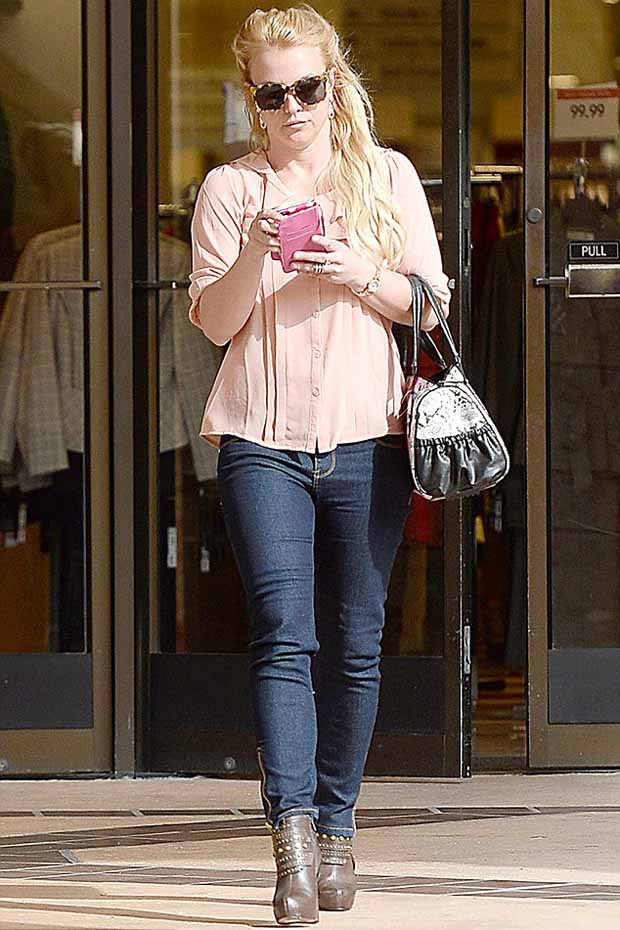 According to numerous interviews at the time, he helped Britney through her darkest hour of public meltdown, and warned that alcohol could kill her if she didn’t stop. Their relationship ended after a few months but they stayed friends. And despite moving to Afghanistan last year, where he flew dignitaries in and out of the conflict zone, John was said to have started seeing Britney again in the summer of 2014, the Daily Mirror reported. A source close to Britney told the publication: ‘She is devastated. Britney thought he was a lovely man.’